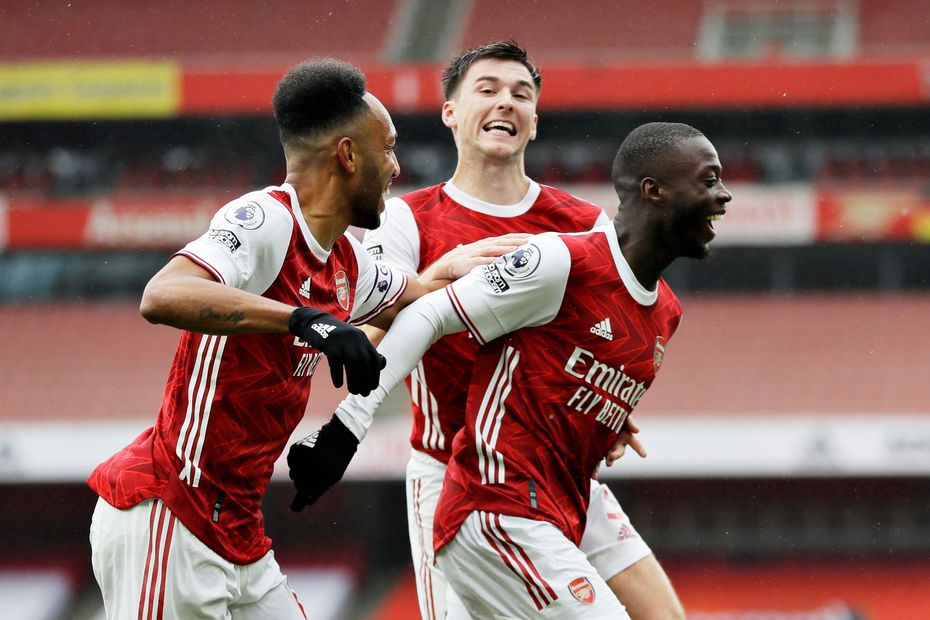 Shearer predicts: Best young player Saka can do it all

The best moment of a quiet first half came on 37 minutes, when Aaron Ramsdale spectacularly saved Pierre-Emerick Aubameyang's long-range shot.

The introduction of Pepe as a 58th-minute substitute provided the spark that Arsenal needed.

He released Hector Bellerin down the right and the defender crossed for Saka, who celebrated his England call-up this week with a headed goal on 61 minutes.

Less than three minutes later Pepe scored himself with a superb solo run and finish to cap off a 19-pass move.

Sheff Utd were given hope when David McGoldrick curled in their first goal of the season with six minutes left, but Arsenal held on for a win that lifts them up to fourth on nine points.

The Blades remain without a point and are second from bottom.