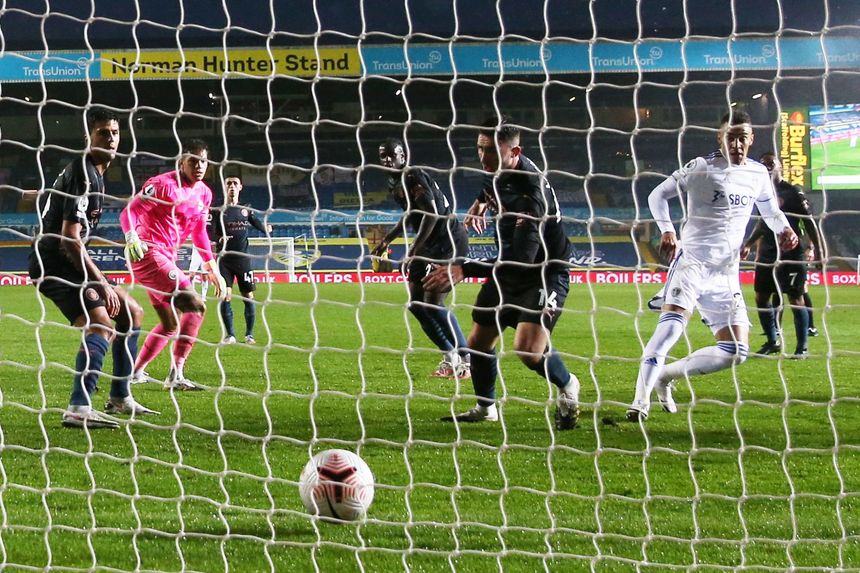 Substitute Rodrigo Moreno scored his first Leeds United goal as they came from behind to draw 1-1 with Manchester City.

Man City dominated the opening period at Elland Road. Kevin De Bruyne hit a post before Raheem Sterling put them ahead on 17 minutes with his first Premier League goal of the season.

Leeds came back and were deservedly level on 59 minutes.

Rodrigo, just three minutes after coming on, converted from a corner that Ederson had failed to clear.

But the City goalkeeper atoned by brilliantly tipping Rodrigo's header on to the bar.

Sterling fired just wide as both sides pressed for a late winner. The point leaves City 11th, with four points from three matches.