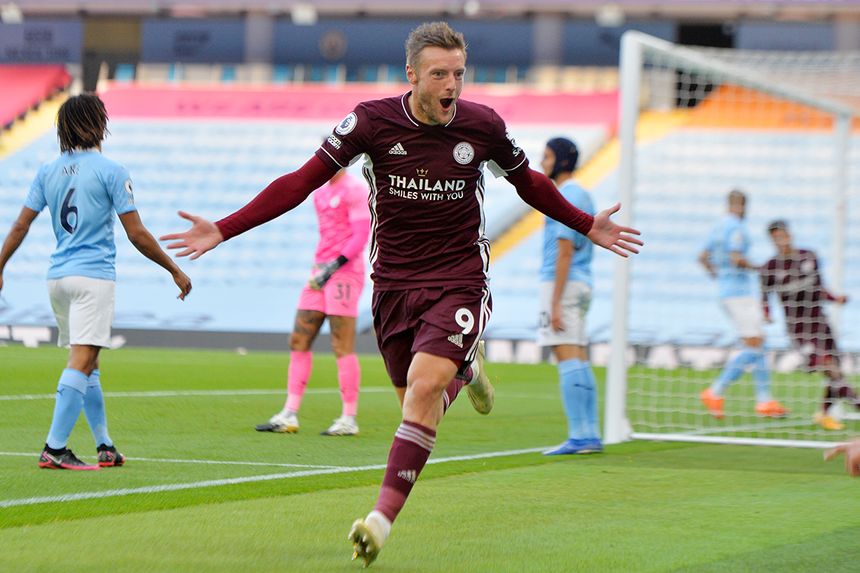 Vardy's treble was his second against Man City and took his tally to eight goals in nine appearances versus Pep Guardiola's side.

It was Man City who took the lead after only four minutes when Riyad Mahrez rifled in an unstoppable right-foot shot into the top-left corner.

Leicester levelled on 37 minutes through Vardy's first penalty after he was fouled by Kyle Walker.

Vardy then put the visitors ahead with an expertly flicked 54th-minute finish after fine interplay between Timothy Castagne and Youri Tielemans.

He then completed his hat-trick four minutes later, again giving Ederson no chance with his second spot-kick after he was fouled by Eric Garcia.

James Maddison scored a superb fourth for the visitors with an exquisite 30-yard curler before Nathan Ake pulled a goal back for Man City with a header from Mahrez's corner.

But the Foxes added a fifth when Tielemans converted Leicester's third penalty with two minutes left.