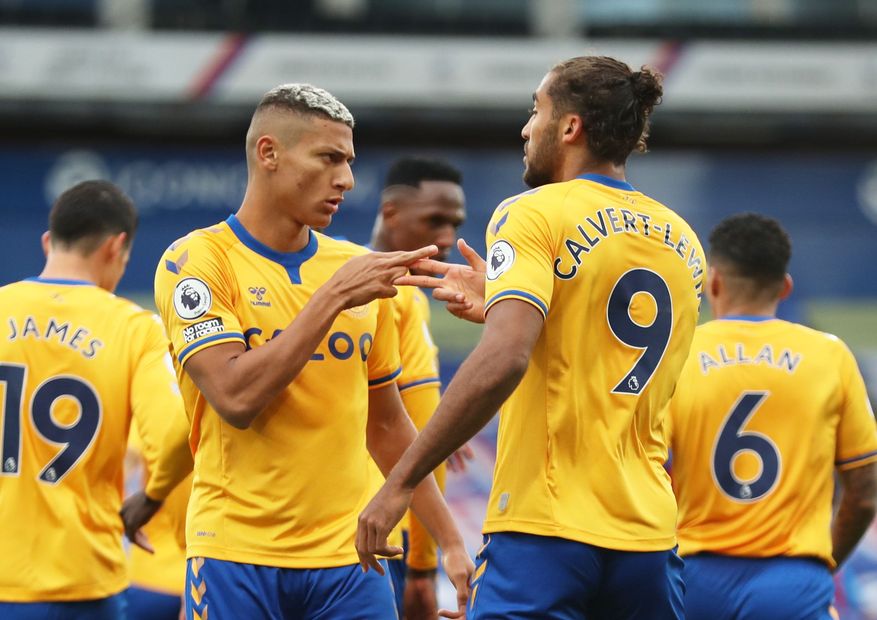 Everton continued their 100 per cent start to the season with a 2-1 victory over Crystal Palace at Selhurst Park.

Dominic Calvert-Lewin put Everton ahead on 10 minutes with a first-time finish from Seamus Coleman's cutback, his fifth goal of the season.

Palace equalised in the 26th minute when Cheikhou Kouyate headed in from Andros Townsend's corner.

Richarlison restored Everton's lead from the spot five minutes before half-time after referee Kevin Friend had awarded a penalty for handball by Joel Ward following a review.

Calvert-Lewin twice had chances to extend Everton's lead in the second half, prodding his best effort wide from James Rodriguez's cross.

Palace went closest to an equaliser when Kouyate headed a Townsend cross into the side-netting.

Everton have started the season with three successive wins for the first time since 1993/94 and move top of the table. Palace stay fifth.

King of the Match Dominic Calvert-Lewin