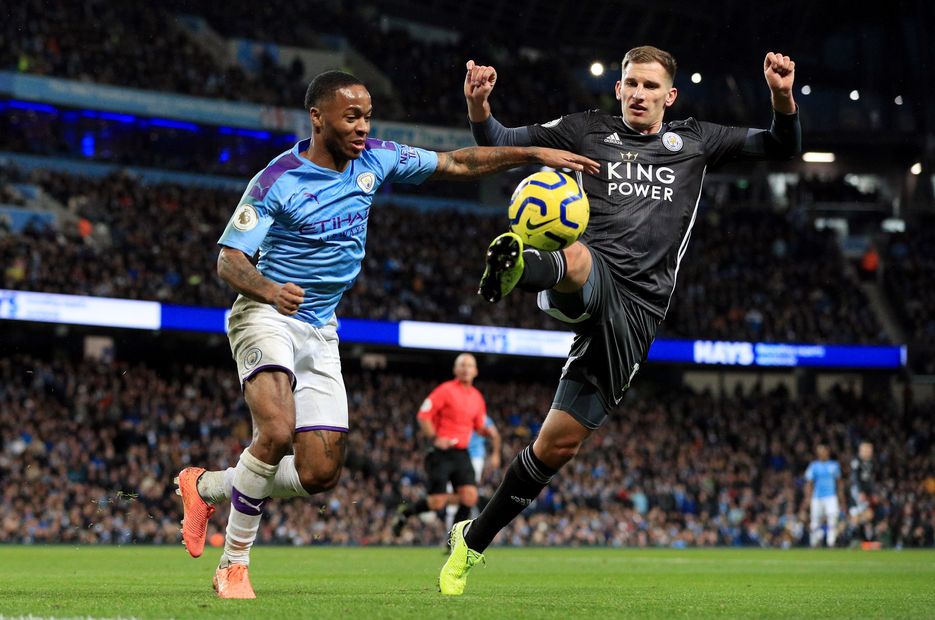 The visiting Foxes can achieve their best ever start to a Premier League season but have lost their last four fixtures at Etihad Stadium.

Pep Guardiola has confirmed that Gabriel Jesus will be sidelined for up to a month with a muscular injury and that fellow striker Sergio Aguero (knee) remains out.

Bernardo Silva, Oleksandr Zinchenko (both muscular) and Joao Cancelo (foot) also picked up injuries on international duty earlier this month and are doubts.

Leicester's Wilfred Ndidi could be out for up to 12 weeks with an abductor injury. But Jonny Evans is available to return following a three-match suspension and after recovering from a thigh problem.

Man City have been leading by at least two goals at half-time in their last six Premier League matches, a record such run in the competition’s history.

Gabriel Jesus has scored in four of his five Premier League appearances against Leicester.

Leicester are aiming to start a top-flight season with three successive victories for the very first time.

Jamie Vardy has scored five goals and assisted one more in his last eight Premier League appearances against Man City.