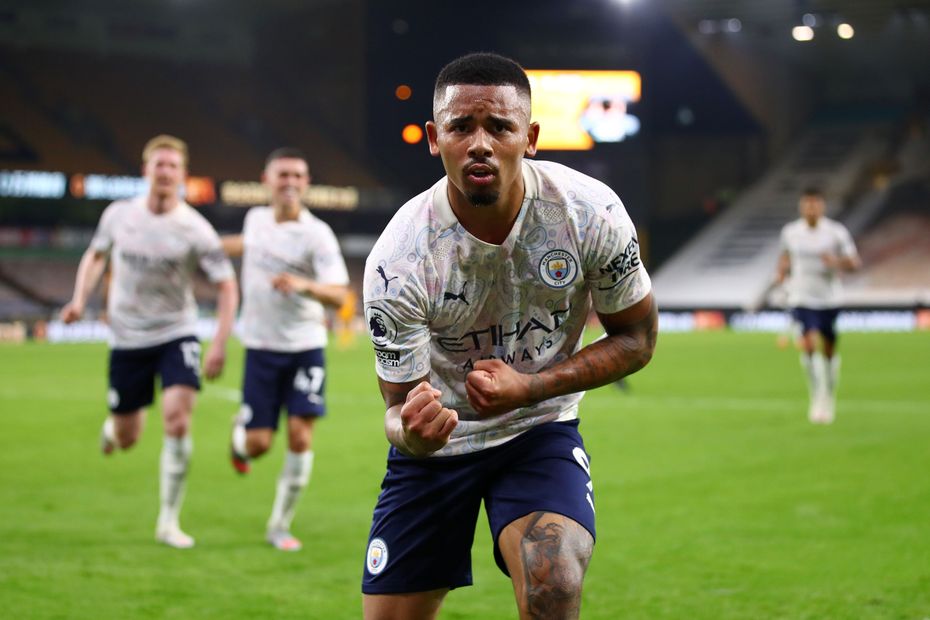 Ake: That was just the opening we wanted External Link

Goals from Kevin De Bruyne, Phil Foden and Gabriel Jesus earned a 3-1 victory at Wolverhampton Wanderers as Manchester City made a winning start for the 10th Premier League season in a row.

De Bruyne drew a foul from Romain Saiss on 20 minutes and fired the resulting penalty beyond the reach of goalkeeper Rui Patricio.

It could have been worse for Wolves, but Patricio denied De Bruyne at full stretch to keep out the Belgian's left-footed strike just before half-time.

The home side rallied after the break and, after Daniel Podence and Raul Jimenez went close, the pair combined as Jimenez pulled a goal back with a 78th-minute header.

But Wolves couldn't repeat last season's feat of overturning a 2-0 deficit against Pep Guardiola's side, as Jesus fired past Patricio in second-half stoppage time.