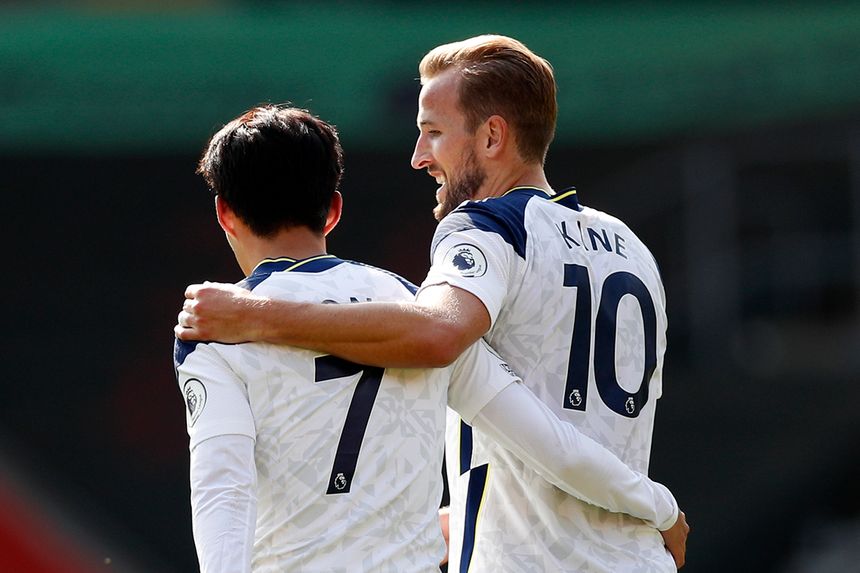 Southampton 2-5 Spurs External Link
'Bale, Kane and Son one of best front threes in the league"

Son Heung-min scored four goals, all set up by Harry Kane, as Tottenham Hotspur came from behind to win 5-2 at Southampton.

Southampton went ahead on 32 minutes when Danny Ings latched on to a Kyle Walker-Peters pass to finish brilliantly past Hugo Lloris.

After Saints had pressed for a second goal, Son equalised at the end of the first half when he converted Kane’s pass.

Two minutes after the restart, Kane teed up Son to put the visitors ahead with a low shot into the bottom corner.

Son scored again in the 64th minute with a right-footed shot inside the area, before adding a fourth nine minutes later as Kane became the first player to assist one team-mate four times in a match.

Kane added a fifth goal from close range before Ings scored a stoppage-time penalty to give 19th-placed Saints, who have started with two defeats, a late consolation. Spurs' first win lifts them to fifth.

King of the Match: Son Heung-min