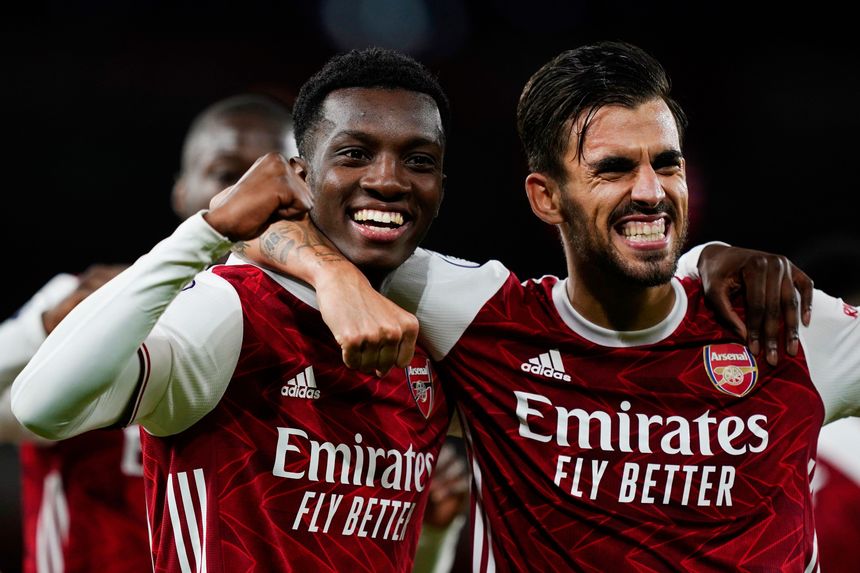 West Ham levelled on the stroke of half-time after Ryan Fredericks' low cross was tucked in by Michail Antonio.

The Hammers striker then headed against the crossbar as the dominant visitors pushed for a second goal.

But Nketiah tapped in with five minutes remaining following neat build-up play by Bukayo Saka and Dani Ceballos to secure a hard-fought win, maintaining their 100 per cent start to the campaign.