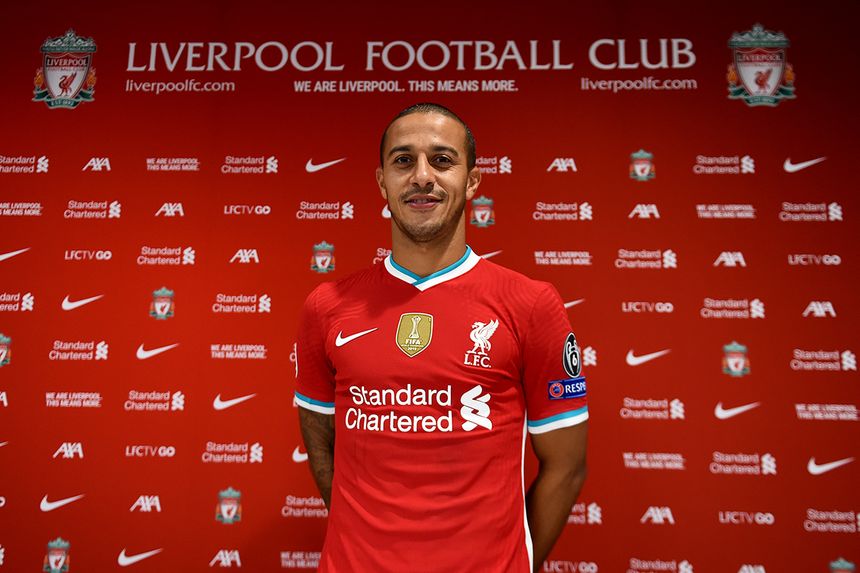 Liverpool have strengthened their midfield with the signing of Thiago Alcantara from Bayern Munich.

The 29-year-old has agreed a long-term deal with Liverpool and joins the Premier League champions for an undisclosed fee.

“When the years are passing, you are trying to win as much as you can – and when you win, you want to win more," Thiago told the club's official website. "I think this club describes what I am as well; I want to achieve all of the goals, win as many trophies as possible.

Thiago is one of the most highly rated deep-lying midfielders in Europe, having started out at Barcelona where he won two LaLiga titles, the UEFA Champions League in 2010/11 and the FIFA Club World Cup.

After moving to Bayern in 2013 he won seven successive Bundesliga titles, four German Cups and another FIFA Club World Cup, and was instrumental in their UEFA Champions League final victory last month.

The Spain international, who has won 39 caps, will wear the No 6 shirt for Jurgen Klopp's side, whose next match is at Chelsea on Sunday.