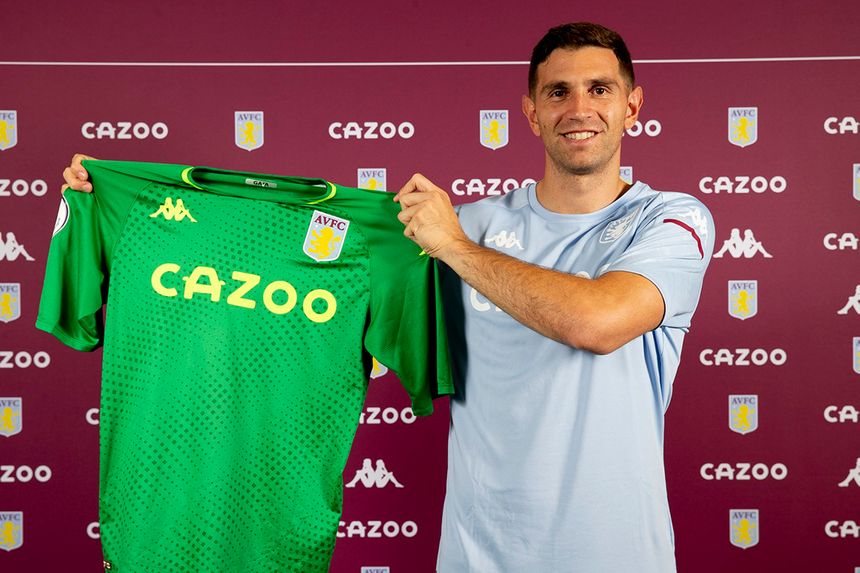 Aston Villa have signed goalkeeper Emiliano Martinez from Arsenal on a four-year deal.

The 28-year-old Argentinian, who has been with the Gunners for 10 years, made nine Premier League appearances last season, keeping three clean sheets and making 34 saves.

Martinez was between the sticks when Arsenal won the FA Cup final against Chelsea and when they beat Liverpool in the Community Shield.

Hear what our 🆕 'keeper had to say after signing a four-year deal at Villa Park! 💜#WelcomeEmi pic.twitter.com/5kfJxrBxJX

"We know how highly Arsenal rated him and we watched his outstanding performances last season in a trophy-winning top side," Aston Villa manager Dean Smith told the club's official website.

"We moved for Emi when we saw the opportunity, as it is rare to be able to buy a top-class goalkeeper who hasn't yet reached their peak age and who can therefore be a key player for our club for the long term."

Villa kick off their Premier League campaign at home against Sheffield United on Monday 21 September.