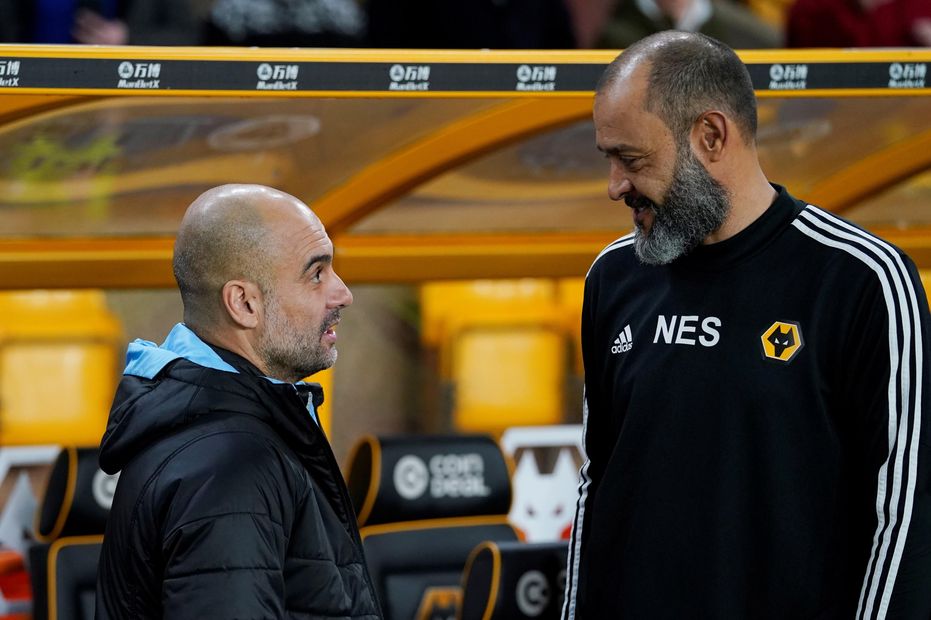 City will look to become the first team to win an opening match for a 10th consecutive Premier League season.

Wolves' teenage striker Fabio Silva, 18, could be in contention for his Premier League debut, while Nuno Espirito Santo reports no fresh injury concerns.

Ilkay Gundogan is unavailable after he tested positive for COVID-19. Riyad Mahrez is back in training and in contention for Man City after his bout with the virus.

Aymeric Laporte has rejoined the squad after recovering from COVID-19 but Monday's match comes too soon.

Pep Guardiola revealed Sergio Aguero is out for one to two months as the striker continues to recover following knee surgery in June.

Wolves can be the first side to win three league matches in a row against a Pep Guardiola team.

Wolves' victory over Sheff Utd was their 1,999th league win. They can become only the fourth team after Man Utd, Liverpool and Arsenal to win 2,000 matches in the top four tiers of English football.

If Man City are victorious they will be the first team in PL history to win 10 consecutive season-opening matches.

Man City have won their last five Premier League matches by an aggregate score of 21-1.