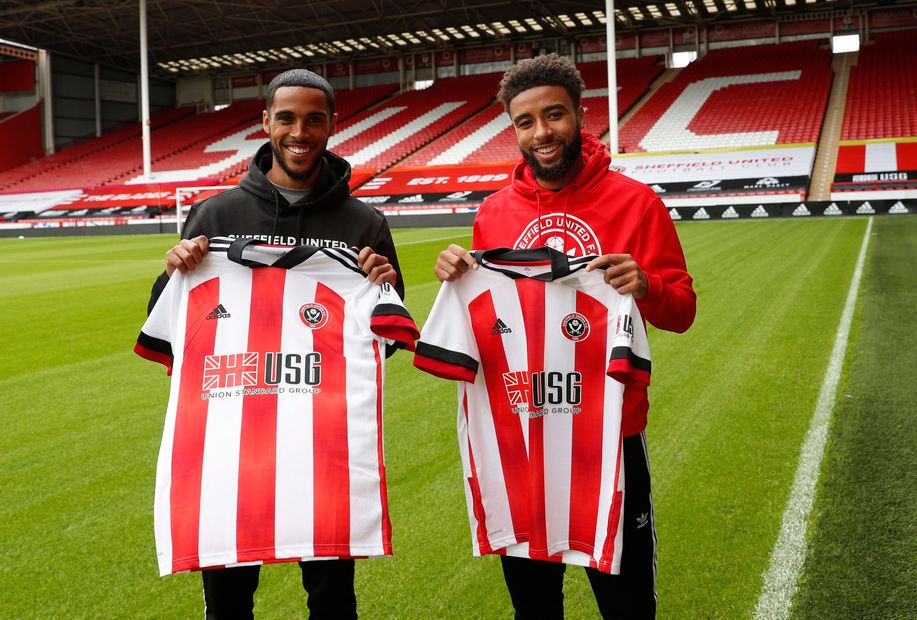 Sheffield United have completed the double-signing of defenders Jayden Bogle and Max Lowe from Derby County.

Both full-backs have agreed four-year-deals with Sheffield Utd and joined for undisclosed fees.

Bogle, 20, pictured above right, has been Derby's regular right-back for the last two seasons, making 77 appearances in the Championship.

Like Bogle, Lowe is a graduate of the Rams' Academy and plays on the opposite side of defence.

"We need to be ready and stay fit, and when we get the opportunity, we need to take it."

The 23-year-old left-back, pictured above left, made 29 league appearances for Derby last season and has represented England from Under-16 to Under-20 levels.

"The Championship has been a great recruitment area for us and I wanted to bring some young players in who will provide competition for places," United manager Chris Wilder told the club's official website. "Jayden and Max will put huge pressure on George [Baldock] and Enda [Stevens].

"It was important we got the right characters, the right type of players, ones who are athletic and technically very good.

"Both are modern-day wing-backs and I'm looking forward to working with them."

The pair will be available for selection when Sheff Utd host Wolverhampton Wanderers in their opening match of the season on Monday.