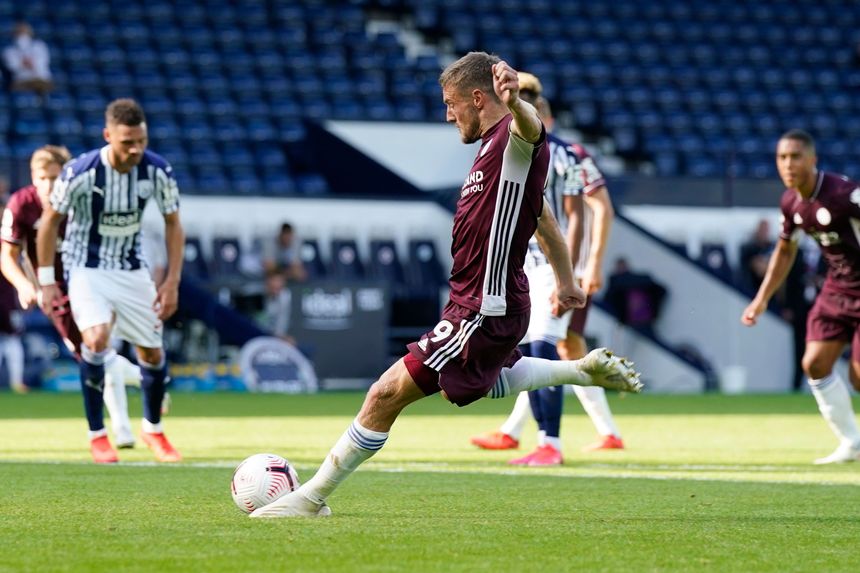 Harvey Barnes was denied twice in quick succession by Sam Johnstone while Kasper Schmeichel saved from Matheus Pereira at the other end during a goalless first half.

Leicester took the lead in the 56th minute, with Belgian Dennis Praet crossing for compatriot Castagne to head in at the far post.

Vardy made it 2-0 on 74 minutes, scoring from the spot after he was fouled by Kyle Bartley.

He has now equalled Ruud van Nistelrooy's record of scoring in five successive away matches against the same opponent.