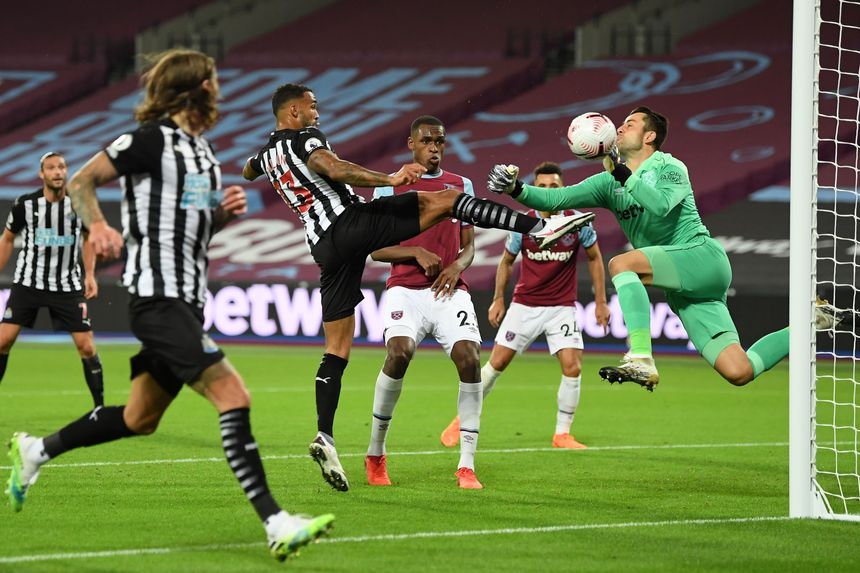 The Hammers struck the crossbar twice in the first half, through Angelo Ogbonna's header and Pablo Fornals' 33rd-minute effort from Ryan Fredericks' cutback.

Despite that it was Newcastle who enjoyed the better of the play, and Wilson broke the deadlock with a close-range finish from Hendrick's flick 10 minutes into the second half.

It was an eighth goal in nine Premier League appearances against West Ham for the former AFC Bournemouth striker, his biggest goal tally versus one opponent.

Newcastle doubled their advantage three minutes from time thanks to Hendrick, who found the top-left corner in spectacular fashion after being found by Miguel Almiron in the penalty area.