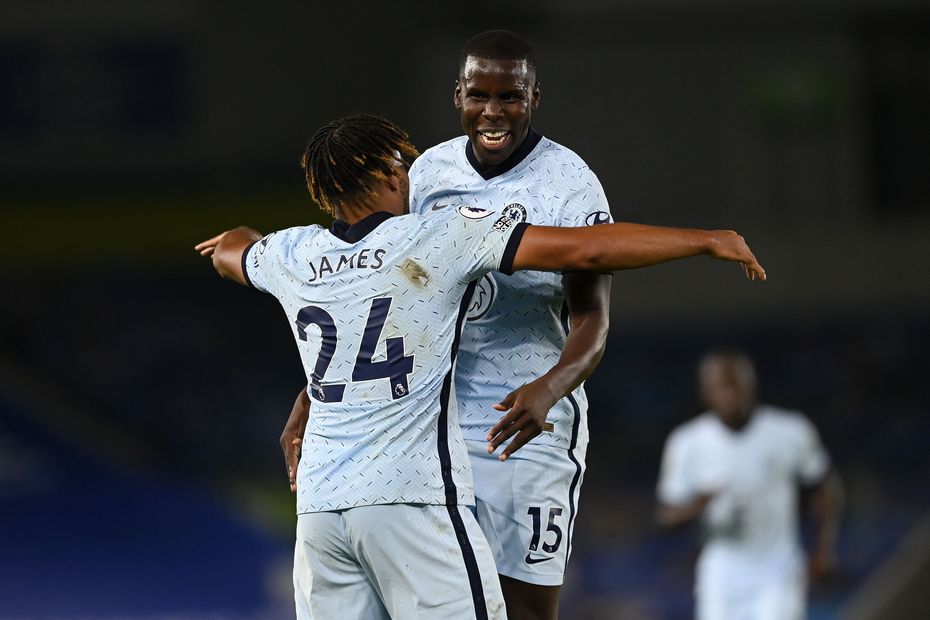 Jorginho fired the Blues ahead with a 23rd-minute penalty after debutant Timo Werner had been fouled by goalkeeper Mat Ryan.

After Neal Maupay had spurned a good chance to level from Tariq Lamptey's inch-perfect cross, the Seagulls did equalise on 54 minutes with a fine left-foot finish from Leandro Trossard.

But their joy was short-lived as James restored Chelsea's advantage only two minutes later with a thumping 20-yard shot into the top corner for his first Premier League goal.

Lewis Dunk squandered a glorious opportunity to level when, unmarked at the back post, he failed to get a decent connection on Trossard's inviting cross.

And Chelsea made the points safe on 66 minutes when James delivered a corner that Kurt Zouma turned in with the help of a deflection.