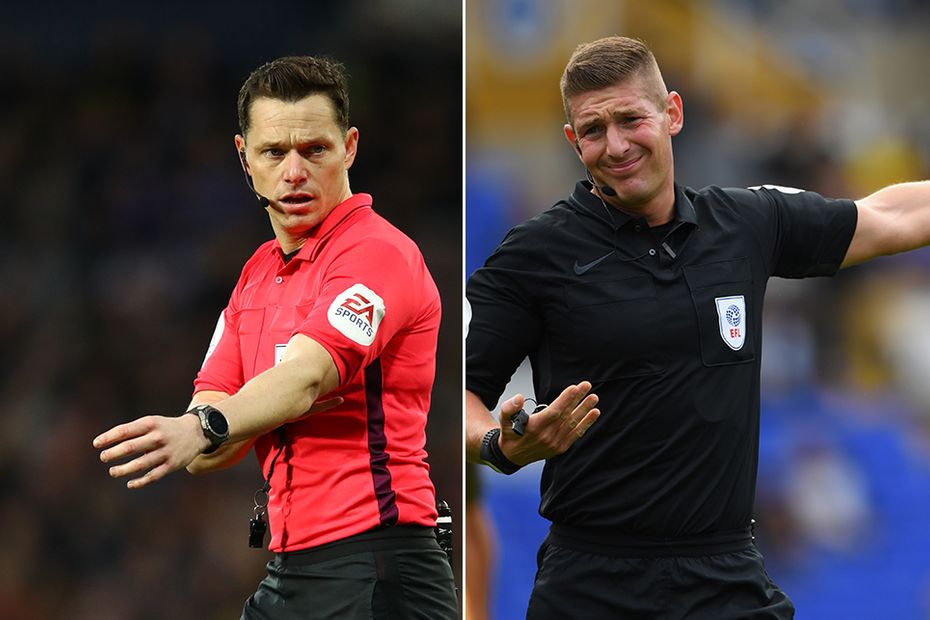 Duo to officiate in the 2020/21 Premier League, while assistants James Mainwaring and Tim Wood also moved up to Select Group 1

The Premier League will feature two new referees this season after Professional Game Match Officials Limited (PGMOL) announced that Darren England and Robert Jones have been promoted to Select Group 1.

England (above, left) has already acquired top-flight experience, making 69 appearances as a Premier League assistant referee between 2012 and 2015.

He has been a Select Group 2 official since 2017 and officiated 26 Championship matches in 2019/20. England was also a fourth official 14 times in the Premier League last season.

Jones (above, right) has had a rapid rise through the refereeing pyramid and also joined Select Group 2 three seasons ago.

He was the fourth official at 15 top-flight fixtures in 2019/20 and officiated 26 Championship matches.

Both England and Jones made their debuts as Premier League referees last season.

England officiated the match between Southampton and Wolverhampton Wanderers while Jones was in charge of Brighton & Hove Albion's home fixture with Sheffield United.

Mainwaring and Wood made their bow as Premier League assistants on the same day last season, for Newcastle United v Liverpool and Southampton v Sheffield United respectively on 26 July.

"They have performed consistently well in Select Group 2, as well as the Premier League fixtures they were involved in last season, and this is recognition for their hard work.

"We are sure that they will all make a positive contribution on and off the pitch to the Select Group next season and we look forward to helping with their development going forward."