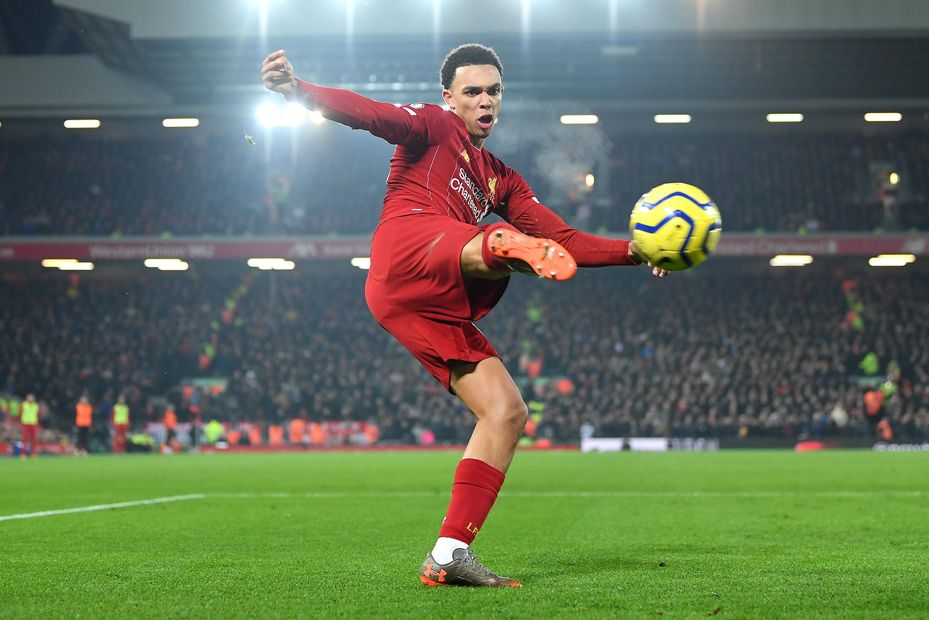 Trent, Mane and Van Dijk up for PFA Fans' Player of the Year award External Link

The Liverpool Academy graduate provided 13 assists during the season, the second-highest total in the Premier League.

He also scored four goals, including sensational free-kicks against Crystal Palace and Chelsea.

Le Saux, a former Premier League champion with Blackburn Rovers, voted for Alexander-Arnold as part of the panel that helped select the best player aged 23 or under at the start of 2019/20.

He explained his admiration for the influence the England international is having at such a young age.

"I can't ever remember one player have such an influence on his team at right-back as Trent has on Liverpool, let alone from a 21-year-old," said Le Saux.

"He's adding more goals to his game, his assists record is second to none among defenders. I can see him continuing to improve in the environment he is playing in at Liverpool.”