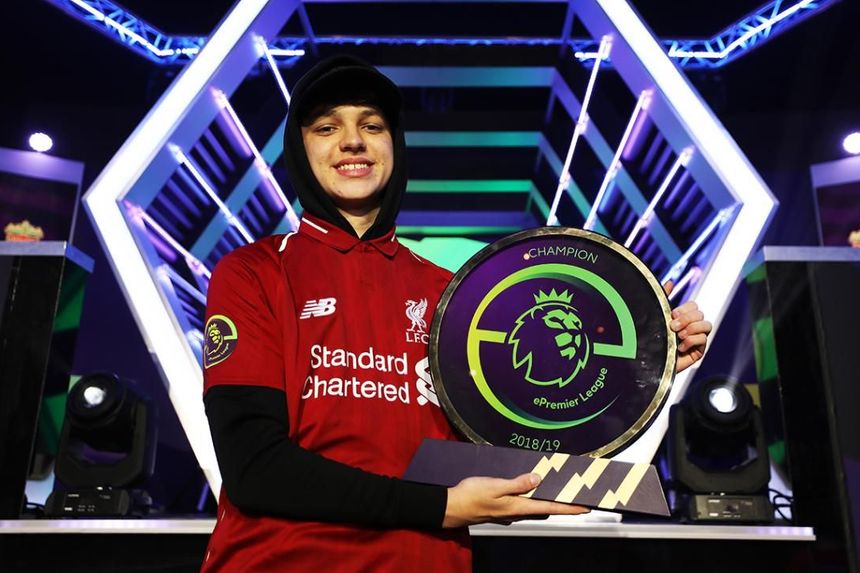 The finals of the 2019/20 ePremier League tournament get under way today, with some of the world’s best EA SPORTS FIFA 20 players going head-to-head.

After the live finals at Gfinity Arena in London were postponed in March due to the COVID-19 pandemic, the closing stages of the tournament are now taking place online.

The PlayStation4 preliminary rounds kick things off from midday today, Thursday 13 August, followed by the Xbox One matches on Friday 14 August.

The top four players on each console will progress to the semi-finals and supporters can follow the latest results at e.premierleague.com.

Liverpool's champion back to defend title

Liverpool fan Donovan "Tekkz" Hunt is back to defend his title for the Premier League champions after winning the inaugural tournament last year.

There are plenty of other established FIFA 20 superstars taking part, including "Hashtag Tom" representing Watford on PS4 and "Fnatic Harry", who is competing for Everton. Last year’s runner-up, Kyle Leese, has also returned to stake his claim for the 2019/20 ePL title on behalf of Manchester United.

Other players will be seeking to emulate the likes of Southampton fan Owen "Venny" Venn and Burnley supporter Brad Colston. Since reaching last year's ePL Finals, they have gone on to sign professionally for their favourite clubs and will once again be competing for the honour of ePL champion this year.

How to watch the finals

The semi-finals, finals and cross-console final will be streamed in a live show on Premier League channels on Friday 28 August from 18:00 to 22:00 BST to find out who will be crowned the 2019/20 ePL champion. This will also be shown on the EASPORTSFIFA Twitch channel.