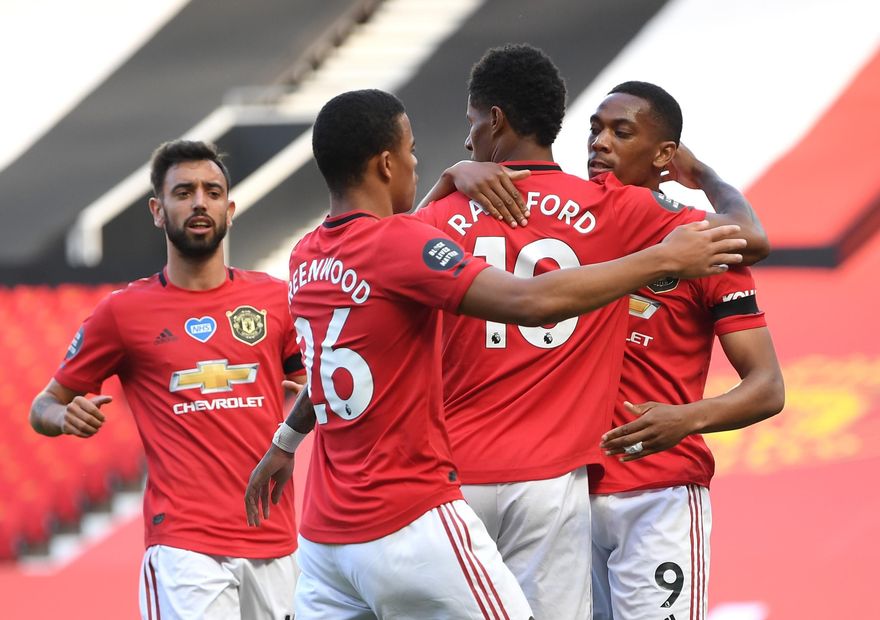 The Scout assesses the prospects of the players who have had their positions reclassified for 2020/21 Fantasy Premier League.

All change at Man Utd

Anthony Martial (£9.0m) and Marcus Rashford (£9.5m) have swapped positions due to their roles for Manchester United last season.

Martial played up front for the Red Devils, scoring 17 goals and supplying nine assists in FPL.

He is now listed as a forward, changing from his former role as a midfielder.

And Rashford has gone the other way, switching from a forward to a midfielder.

He was used on the left flank by Ole Gunnar Solskjaer and, like Martial, had his best-ever FPL campaign.

The 22-year-old produced 17 goals and eight assists over his 31 Gameweek appearances.

Their team-mate Mason Greenwood (£7.5m) joins Rashford in moving from a forward to a midfielder in FPL.

He established himself as Man Utd's first-choice on the right flank in the latter stages of 2019/20.

The appeal of both Rashford and Greenwood could now be boosted by their switches.

Midfielders earn one point more than forwards for a goal, and also pick up an additional point when their side keep a clean sheet.

Spoilt for choice in midfield

Pierre-Emerick Aubameyang (£12.0m) adds to the wealth of midfield options for FPL managers.

The Gabonese largely played as a left winger for Arsenal last term, scoring 22 goals for the second successive season.

He is the joint-most expensive midfielder along with Mohamed Salah and Sadio Mane.

Richarlison was used as a striker alongside Dominic Calvert-Lewin (£7.0m) in a 4-4-2 system by Everton manager Carlo Ancelotti.

Having scored 13 goals in back-to-back campaigns, Richarlison could tempt managers if the Toffees are handed a favourable opening schedule when the fixtures are released, which will be no later than Friday 21 August.

Antonio’s move up front in the final months of 2019/20 proved crucial for West Ham United.

He scored eight of his 10 goals for the season in the final seven Gameweeks to secure their Premier League safety.

The Sheffield United player has switched from defender to midfielder after starring in the latter role in the previous campaign.

Lundstram produced five goals and four assists for the Blades in 2019/20.

But his pitch time became less secure in the latter stages of the season. Indeed, he started only seven of their final 19 matches.