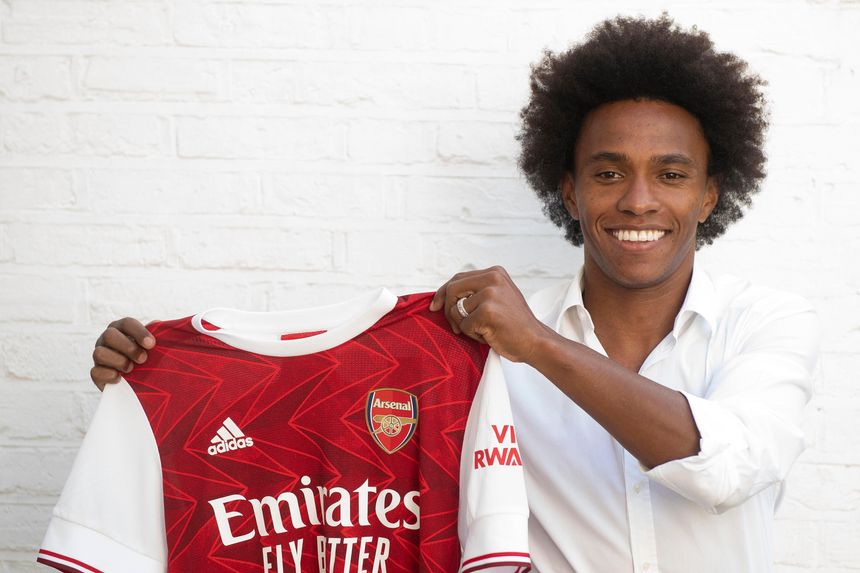 Arsenal have completed the signing of Brazilian winger Willian from Chelsea on a free transfer.

The 32-year-old has agreed a three-year deal at Arsenal after his contract at Stamford Bridge expired at the end of 2019/20.

“I believe he’s a player that can really make a difference for us," head coach Mikel Arteta told the club's official website.

"We had a clear intention to strengthen in the attacking midfielder and the winger positions [and] he is a player that gives us a lot of versatility, he can play in three or four different positions."

He has made 234 Premier League appearances, scoring 37 goals and providing 33 assists, with nine of those goals and seven of his assists coming last season.

He is Arsenal's first summer signing and will wear the No 12 shirt.