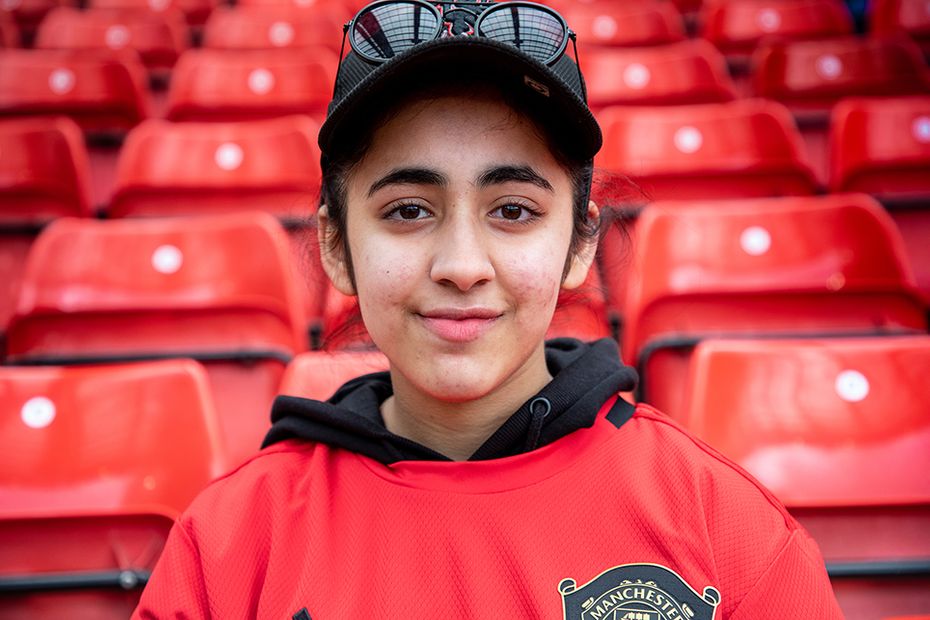 For Manchester United fan Ayman, coming to terms with a condition that has left her with deteriorating eyesight was a difficult process.

"I was at quite a down place in my life when I first started losing my vision," she told the Foundation. "It made me quite angry because I was thinking, 'Why does this have to happen to me?'

"I've grown up watching United with my family and football has impacted me quite a lot. I thought I wouldn't be able to carry on with my hobbies, such as football, but you have to live with it and adapt."

With the help of the club she loves, Ayman has been encouraged and supported to continue playing.

She has just finished her time at the Whalley Range 11-16 High School, one of the partner schools that work with the Manchester United Foundation.

And there she attended extra-curricular and mentoring sessions with one of the Foundation coaches who is based at the school full-time.

"The football sessions were quite inclusive so I could take part as well," Ayman says.

"I also train on a Saturday with other visually impaired people, and I take part in tournaments at Salford Sports Village.

"It shows that people who are visually impaired can still carry on with what they were doing before and they are still able to take part in sports."