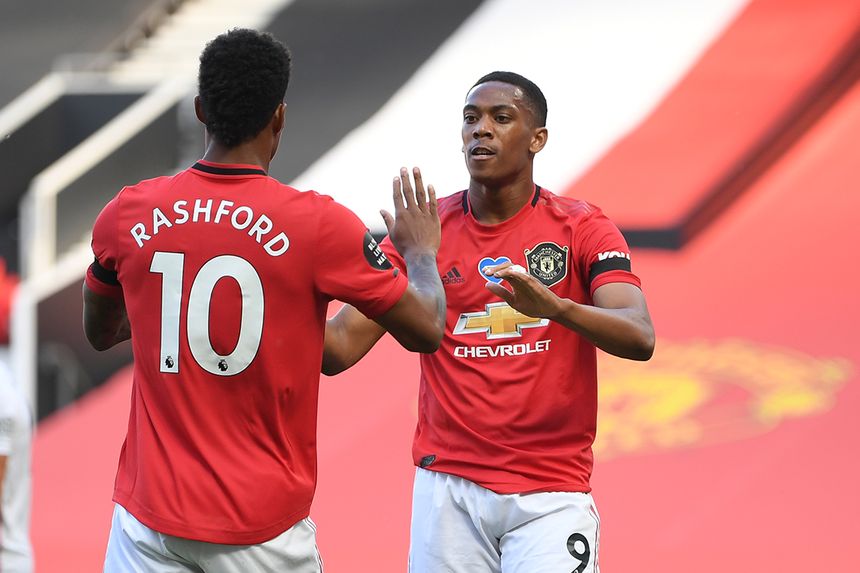 Anthony Martial and Marcus Rashford both enjoyed their best-ever seasons in 2019/20 FPL.

Rashford thrived in his role on the left flank, recording 17 goals and eight assists.

His average of 5.7 points per match (ppm) was second only to the 6.0ppm of Leicester City's Jamie Vardy among FPL forwards.

However, Martial and Rashford could now merit a change of position in FPL next season.

Although both could be regarded as forwards in their own right, it is a player's regular position within their own team that is likely to determine their classification in the game.

The arrival of Bruno Fernandes midway through the season handed FPL managers one of the most reliable options in midfield.

The Portuguese produced attacking points in 11 of his 14 Gameweek appearances. He averaged 8.4 ppm, more than any other player in FPL.

Forward Mason Greenwood will also face a rise in cost after beginning at a mere £4.5m in his breakout campaign.

The teenager could also be reclassified as a midfielder in FPL, having started the final eight Gameweeks as a right winger.

At the back, Aaron Wan-Bissaka and Harry Maguire provide the best all-round options in a defence that claimed 13 clean sheets this season.

However, Brandon Williams could offer a cheaper alternative if he can oust Luke Shaw as the Red Devils' regular left-back.

Next: FPL Lessons: Back Magpies defence at home