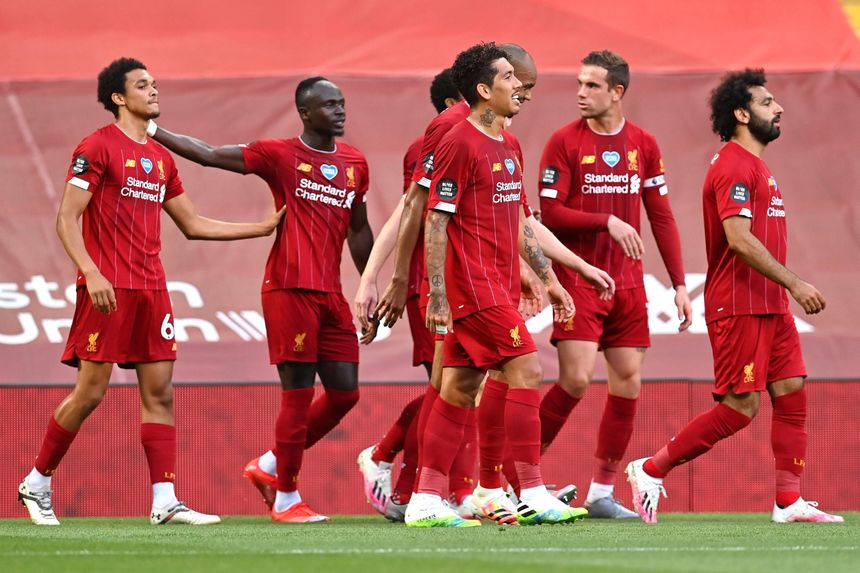 2019-20 in numbers: How the champions broke records and made history External Link

The Reds supplied the FPL Dream Team with five players this season, just down from a total of six in 2018/19.

Goalkeeper Alisson missed out this time around after being sidelined for nine Gameweeks due to injury and suspension.

The Brazilian managed 13 clean sheets over his 29 appearances, conceding a goal every 110.6 minutes.

That record is far superior to his deputy, Adrian. He recorded only two clean sheets in nine starts and conceded a goal every 87.3 minutes.

This suggests that if Alisson can remain injury-free, Liverpool’s key defenders could bring in even bigger hauls in 2020/21.

Alexander-Arnold’s four goals and 15 assists helped him to 210 points, the same as the top-scoring forward, Jamie Vardy.

Having started this season at £7.0m, though, a slight rise in cost for the right-back for 2020/21 would not be a surprise.

Sadio Mane may also be set for a price hike after finishing as the third highest-scoring player in the game.

The Senegalese was £1.0m cheaper than Mohamed Salah at the beginning of this season, starting at £11.5m, but they could be identically priced for the upcoming campaign.

Both supplied 10 assists this term, with Salah slightly edging it for goals by 19 to 18.

For those debating between the two, the underlying statistics indicate it is the Egyptian who remains Liverpool’s go-to attacker.

Salah’s 132 shots and 110 shots in the box were more than any other player this season.

By comparison, Mane managed 77 shots and 64 shots inside the penalty area.