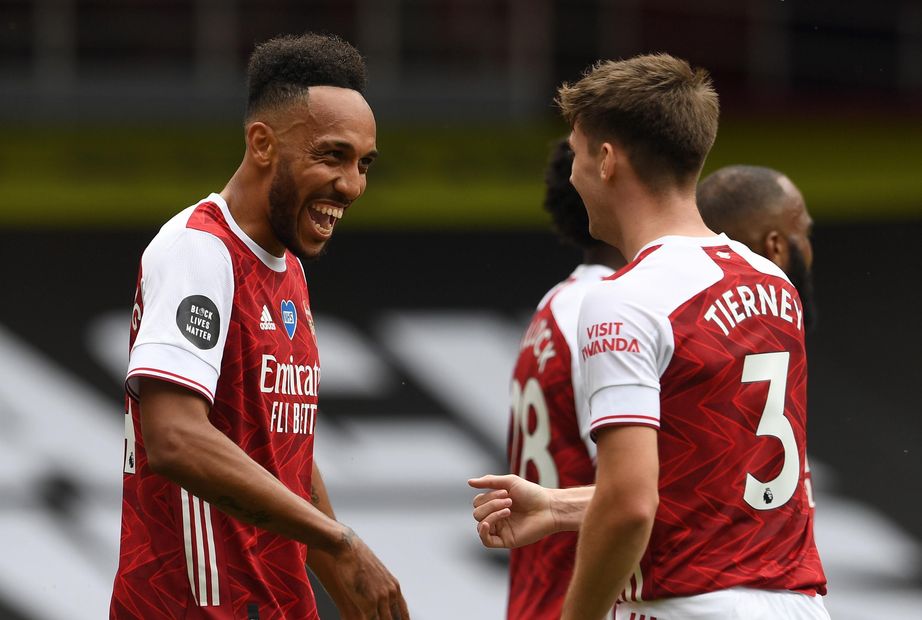 Pierre-Emerick Aubameyang enjoyed yet another successful campaign in 2019/20 FPL.

He scored 22 goals and earned 205 points for the second successive season, finishing as the sixth top-scoring player overall.

But Aubameyang's role on the left wing for the Gunners could potentially result in a change of position from a forward to a midfielder in FPL next term.

That would be similar to players such as Mohamed Salah, Sadio Mane and Raheem Sterling, who also play out wide for their respective sides.

Bukayo Saka could offer a less expensive route into the Gunners' attack as he appears to have established himself as a regular under Mikel Arteta.

Saka had managed only one assist in the first 18 Gameweeks while Unai Emery was in charge but produced one goal and five assists for Arteta.

Seven of their 10 clean sheets for the season came after he was appointed in Gameweek 19.

Kieran Tierney will be one to watch next season, particularly if he is used as a wing-back.

The Scot was hampered by injuries in the first few months of his debut campaign for the Gunners.

But he finished the season strongly, returning one goal, two assists and two clean sheets in the final eight matches.