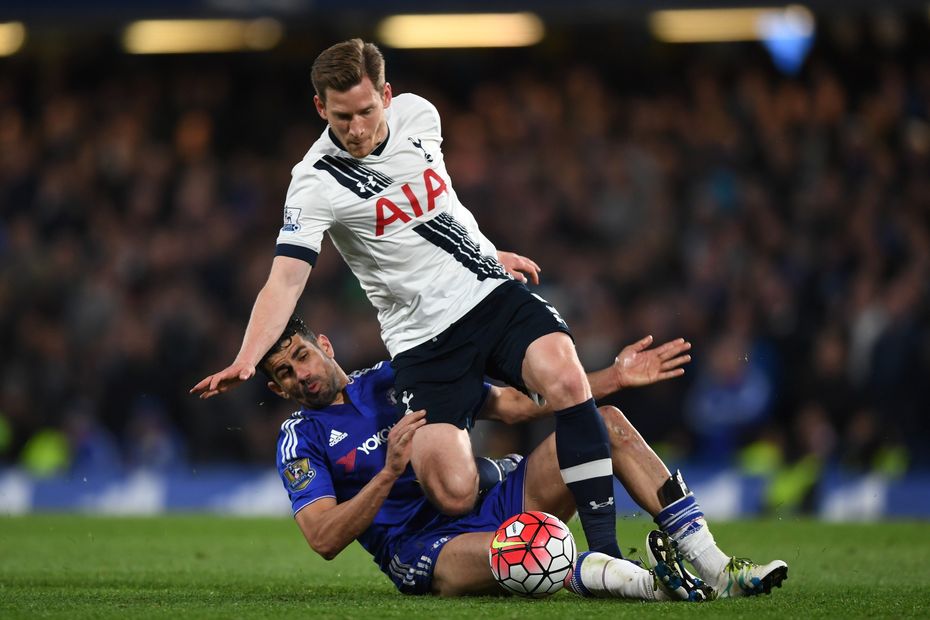 Jan Vertonghen played in some memorable victories during his eight years with Tottenham Hotspur, which have come to an end after his departure was announced on Monday.

Those include wins that helped Spurs claim three top-three Premier League finishes in a row but the match that stands out most for him was one which did not go as planned.

With three matches of the 2015/16 season left, Spurs needed to win at Chelsea to stay in the title race as they chased Leicester City. But after taking a two-goal lead, they drew 2-2.

Twelve players were booked in an iconic London derby at Stamford Bridge. And for Vertonghen, who has made 232 Premier League appearances, that contest summed up the competition's intensity.

"Weirdly enough, the one game that will always stay in my mind is the Chelsea away game where we drew actually, and they say we lost the league there," says the 33-year-old Belgian.

"That game, for me, is what the Premier League is. I came off the pitch very disappointed but thinking, 'Wow, what a game this was.'

"Obviously we were rivals and they wanted to beat us, and we had to beat them. It was just a battle and that’s what I loved. I really was proud of the team at that time and the fight we put in.

"The result, 2-2, wasn't what we wanted but I remember sitting in the dressing room thinking, 'Yeah, this is the Premier League, and this is unbelievable.'"