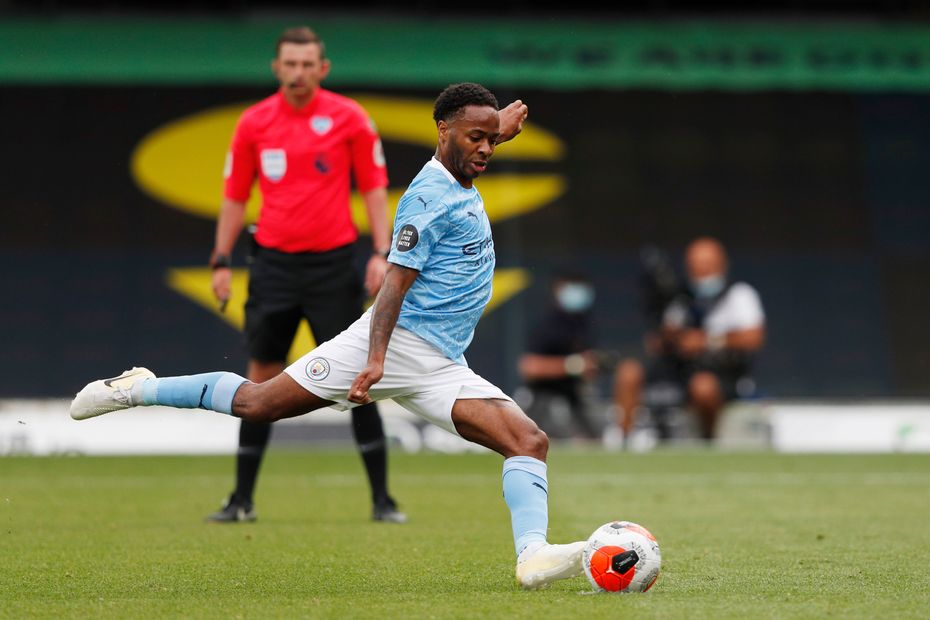 A run of four double-figure returns in six appearances has made Raheem Sterling (£12.0m) the top target for Fantasy Premier League managers in Gameweek 38+.

The Manchester City winger has earned 106,000 new owners ahead of Sunday's 15:00 BST deadline, more than any other player.

And a home match with Norwich City can bring in another big captaincy haul for Sterling. The relegated Canaries have lost each of their last nine matches.

De Bruyne's nine double-figure hauls are more than any team-mate this season.

Silva, meanwhile, has 39 points in his last three home fixtures. The Spaniard looks set to start in his final Premier League match for Pep Guardiola's side.

Liverpool's Salah is expected to remain as the most-selected captain for Gameweek 38+.

He scored and earned nine points against his hosts, Newcastle United, earlier this season.

Although Vardy is at home to Manchester United, the Leicester City striker has been reliable in recent matches, providing attacking returns in four of the last five Gameweeks.

Anthony Martial (£8.5m) and Bruno Fernandes (£9.1m) could also make the difference as the Red Devils look to secure a top-four finish at the King Power Stadium.

Martial has six goals and five assists in his last seven outings, while Fernandes has averaged 10 points per away match since joining in January.

Kane has scored twice in each of his last two matches, totalling 25 points.

Son produced two goals and 16 points in his last meeting with the Eagles.

Part 1: GW38+ Ones to watch: Mahrez can shine against Norwich
Part 2: GW38+ Differentials: Moura to profit against Palace
Part 4: GW38+ Selection: Back Aubameyang for final-day haul