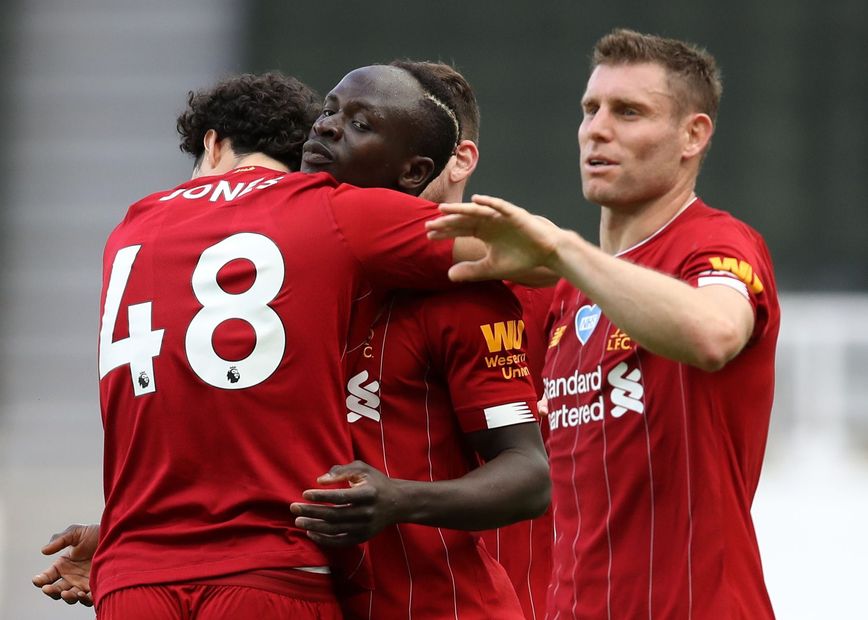 The Reds conceded the fastest-ever Matchweek 38 goal in the Premier League, as Dwight Gayle took 25 seconds to score from Jonjo Shelvey's through-ball.

Divock Origi's powerful strike from outside the penalty area gave Liverpool the lead just before the hour mark, before substitute Sadio Mane added a third with a minute to play.

The win means Liverpool finish the season 18 points clear of second-placed Manchester City, although their total is one short of City's record of 100 in 2017/18.