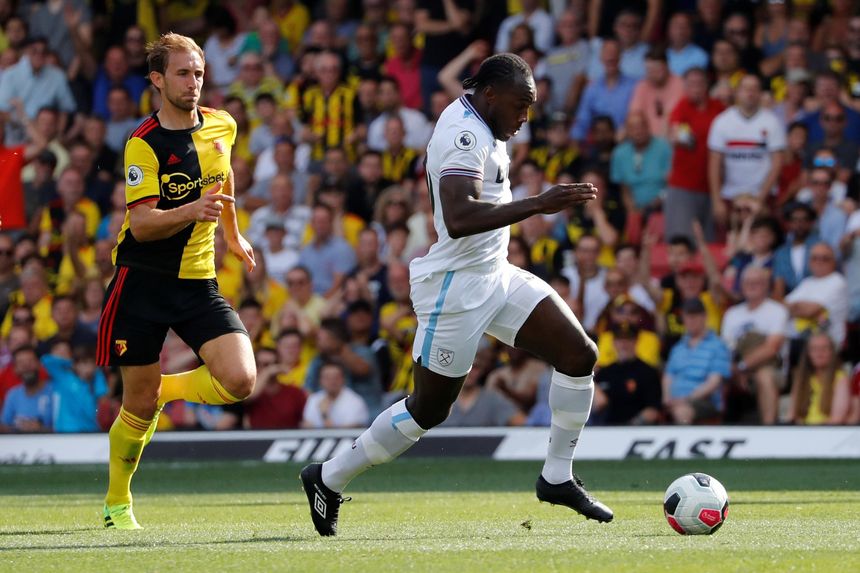 West Ham United will be hoping for another special individual display from Michail Antonio when they host relegation rivals Watford on Friday.

The versatile 30-year-old has been a revelation at centre-forward across the last four matches, scoring six times including a four-goal haul at Norwich City.

Brimming with energy, drive and skill he is the most in-form striker in the Premier League.

The forward's end product has been quite extraordinary.

Outstanding against Chelsea, Burnley and Norwich in particular, he has registered 21 shots across the last 360 minutes of action while also creating 10 chances.

Tireless in his running, the Hammers' leading scorer is constantly making off-the-ball runs that provide team-mates with an out-ball.

This has pushed opponents backwards and helped midfielders Mark Noble, Tomas Soucek and Declan Rice enjoy an upturn in form themselves.

Antonio is also helping to carry the ball up the pitch, completing 11 dribbles in the last two matches.

His relentless determination to sprint into the box has had a transformational effect.

With a target to aim for, West Ham's full-backs and midfielders are now creating far more opportunities.

Getting into the box

Between Matchweeks 32 and 35 no one in the top flight enjoyed more touches inside the opposition's penalty area than Antonio's 43.

So one of Watford's main tasks in this pivotal fixture at London Stadium will be to deny the forward space to make those devastating bursts.

If they defend too deep, they will be inviting Antonio's aerial threat, so it will be a priority to force him to come deeper in search of the ball.

From his preferred position on the right flank, the attacker signed from Hull City in January is making more decisive forward runs.

Bowen is David Moyes' quickest player and has used his pace to devastating effect, touching the ball 25 times inside the opposition box over the course of his last four outings.

During that time, the 23-year-old has provided eight key passes, crossing for Antonio to score against both Chelsea and Newcastle United.

In his previous six Premier League appearances, Bowen had created only five chances.

If Watford do not find a way to put the brakes on Bowen and Antonio, it will be a challenging evening for a team behind the Hammers on goal difference.

The pair have the speed and skill to make life uncomfortable for anyone at the moment.