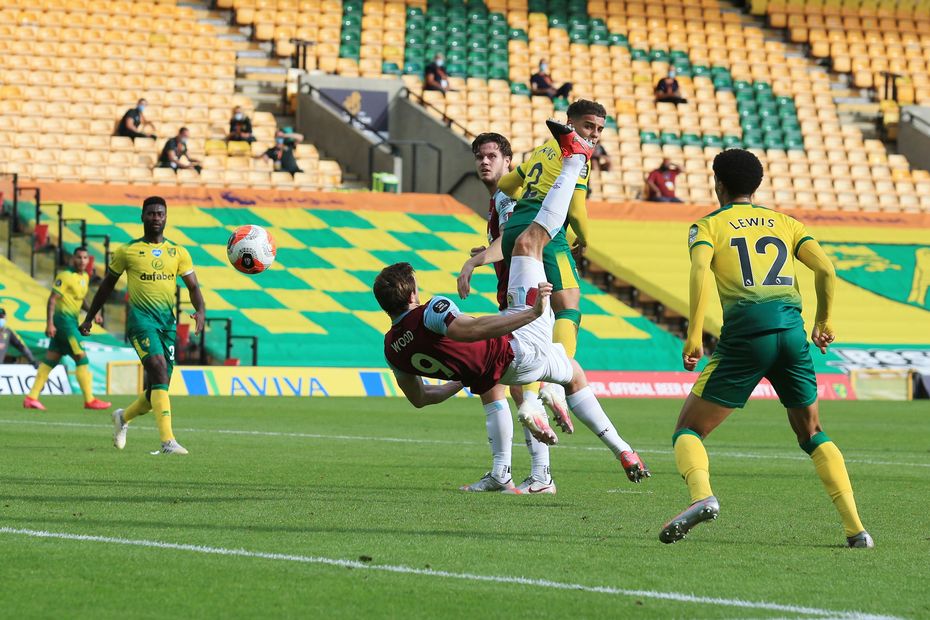 Burnley maintained the pressure on the teams above them in the race for European qualification with a comfortable 2-0 victory over nine-man Norwich City.

Emiliano Buendia was dismissed on 35 minutes after referee Kevin Friend reviewed the midfielder's clash with Ashley Westwood on the pitch-side monitor.

The Canaries then had Josip Drmic sent off for serious foul play before Chris Wood's overhead kick gave Burnley the lead in first-half stoppage time.

Norwich goalkeeper Tim Krul made a number of saves but was helpless when his team-mate Ben Godfrey turned Erik Pieters' cross into his own net to double the Clarets' advantage 10 minutes from time.

Onel Hernandez then forced a smart save from Nick Pope, whose 15th clean sheet of the season puts him in pole position for the Golden Glove award.

Burnley's club-record 15th PL win of the season moves them above Arsenal into ninth place, two points behind Wolverhampton Wanderers in sixth.

Relegated Norwich have 21 points with one match to play.