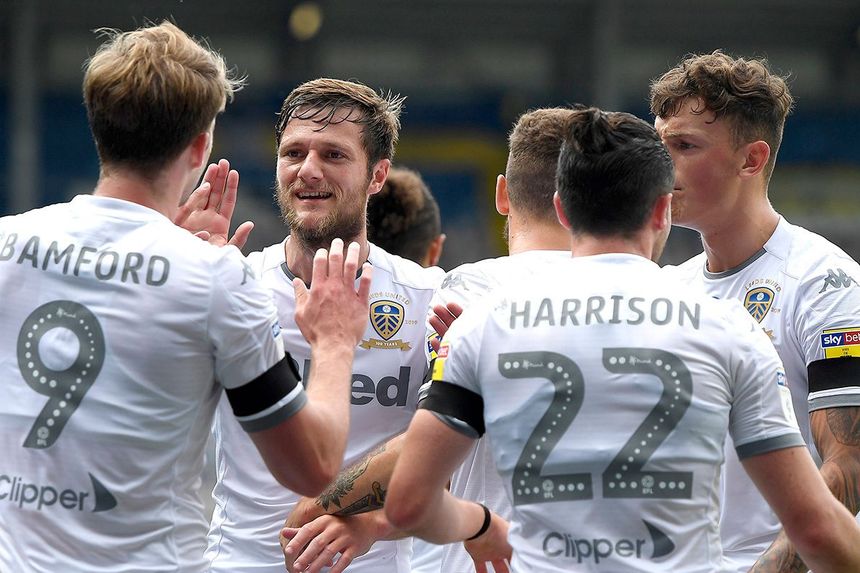 Leeds United have ensured automatic promotion to the Premier League for the 2020/21 season following a 16-year absence.

A top-two place was confirmed for Marcelo Bielsa's Championship leaders after second-placed West Bromwich Albion lost their penultimate match of the season 2-1 at Huddersfield Town on Friday, leaving the Baggies five points behind Leeds with one match left.

Leeds had beaten Barnsley 1-0 at Elland Road on Thursday, and they could yet be confirmed as the champions if third-placed Brentford, six points adrift with two matches left, fail to win at Stoke City on Saturday afteroon.

It means that the Yorkshire club will be in the Premier League for the first time since 2003/04, when they suffered their only relegation from the competition.

WE ARE BACK!!! @PremierLeague

Leeds have enjoyed a rich history in the Premier League, since going into the inaugural 1992/93 season as defending champions after winning the First Division title in 1991/92.

Their highest-ever finish in the PL was third in 1999/00, which came in a run of five consecutive top-five finishes.

In 2000/01 they reached the semi-finals of the UEFA Champions League.

Who will join Leeds?

The second automatic promotion place will either go to West Brom, who have spent 12 seasons in the Premier League, or Brentford, who would become the 50th club in the competition's history.

The side who finish third will compete in the Championship playoffs against the teams ranked fourth, fifth and sixth at the end of the regular season.