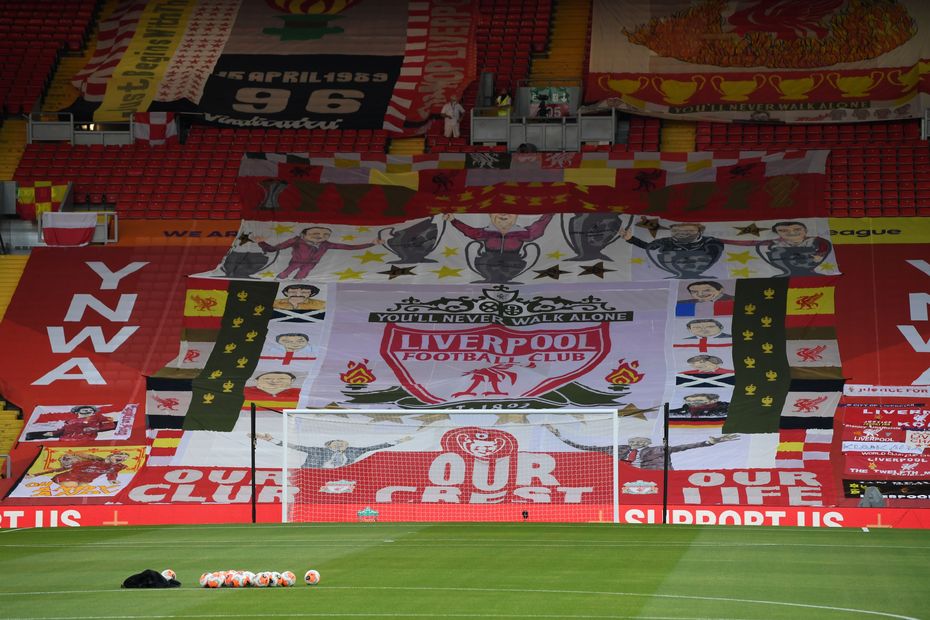 Liverpool will be presented with the Premier League Trophy after their match against Chelsea at Anfield on Wednesday 22 July.

This historic occasion will be marked with a unique ceremony designed to acknowledge the club's supporters, who are absent from the stadium due to matches being played behind closed doors.

The match, as well as the Trophy presentation, will be shown free-to-air by Sky on its Pick channel in the United Kingdom.

This will allow fans to watch Liverpool's final home match of the season and see their captain Jordan Henderson become the first Liverpool player to lift the Premier League Trophy.

The club's players and staff will be presented with their medals and the Premier League Trophy, as winners of the 2019/20 season, on a special podium built on the Kop, surrounded by fan banners in the heart of where Liverpool fans would usually sit.

Liverpool players, led by Henderson, have been involved in the planning of the ceremony.

Sir Kenny Dalglish, the manager of the Reds when they last won the title in 1990, will be a member of the Trophy presentation party. This will be Liverpool's 19th top-flight title.

Liverpool FC and the Premier League are asking fans to stay at home to watch the ceremony and not to travel to Anfield on Wednesday evening.

Liverpool will continue their #LFCatHome campaign for the Chelsea match, where supporters come together on social media to share their photographs and videos of their matchday experience.

As for all Premier League matches since the restart of the competition during the COVID-19 pandemic, the Trophy presentation ceremony will have health and safety protocols in place.