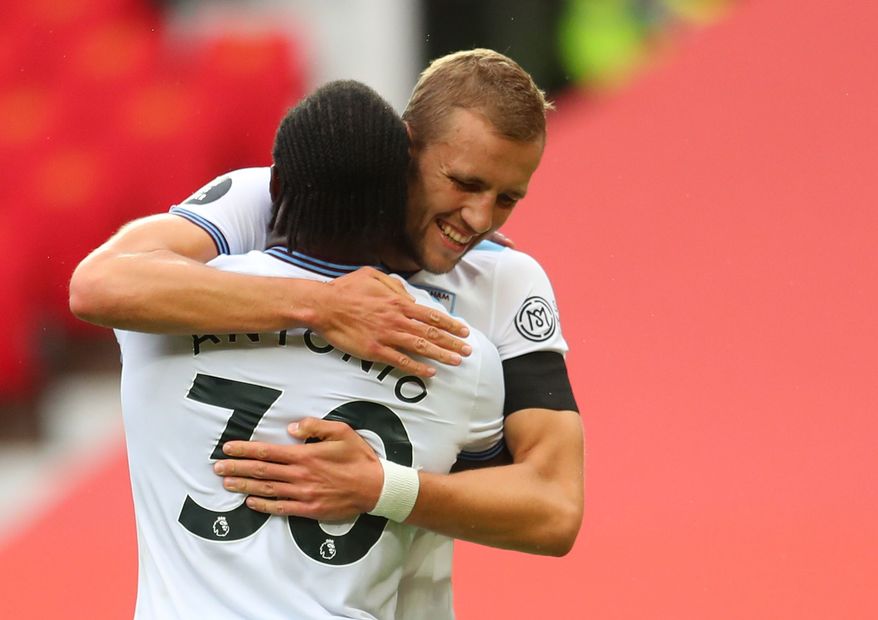 Antonio: I was confident I would score External Link

West Ham United confirmed their Premier League safety with a 1-1 draw at Old Trafford, a result which leaves Manchester United needing a point on the final day to secure a top-four finish.

David Moyes's side began brightly as Michail Antonio went close before Mason Greenwood had a shot blocked at the other end.

Just before half-time, Antonio opened the scoring from the penalty spot after Paul Pogba was adjudged to have handled Declan Rice's shot following a Video Assistant Referee review.

The hosts intensified their pressure after the break and on 51 minutes, Greenwood struck a crisp shot into the bottom corner after cleverly exchanging passes with Anthony Martial.

Man Utd are third on 63 points, level with Chelsea, who were defeated 5-3 by champions Liverpool later in the evening. West Ham are now 15th on 38 points and mathematically safe.