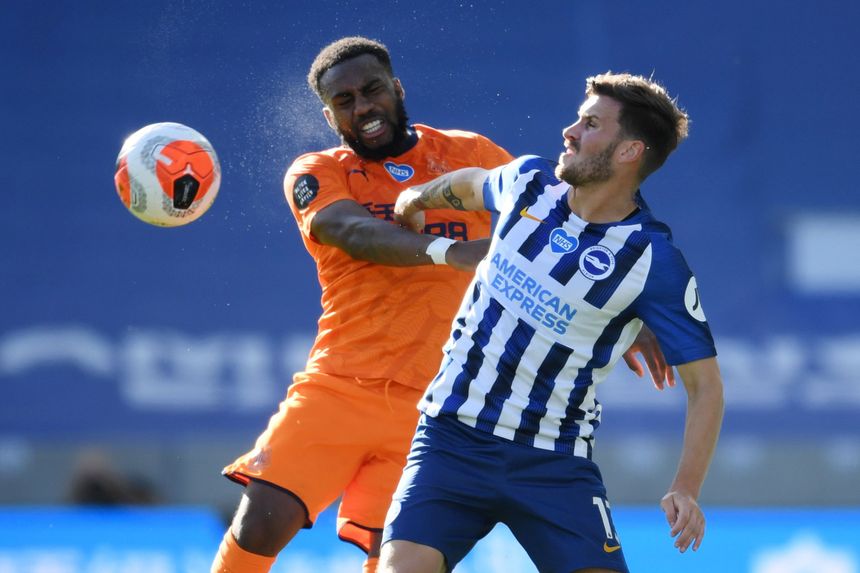 Brighton's first big chance fell to Leandro Trossard, who forced a low save from Newcastle goalkeeper Martin Dubravka on 28 minutes.

Dwight Gayle came close for the visitors, but glanced a header on to the roof of the net in first-half stoppage time.

The draw lifts Brighton on to 38 points, seven more than 18th-placed Aston Villa, who have two matches to play.

A fifth match without a win leaves Newcastle 13th with 44 points.