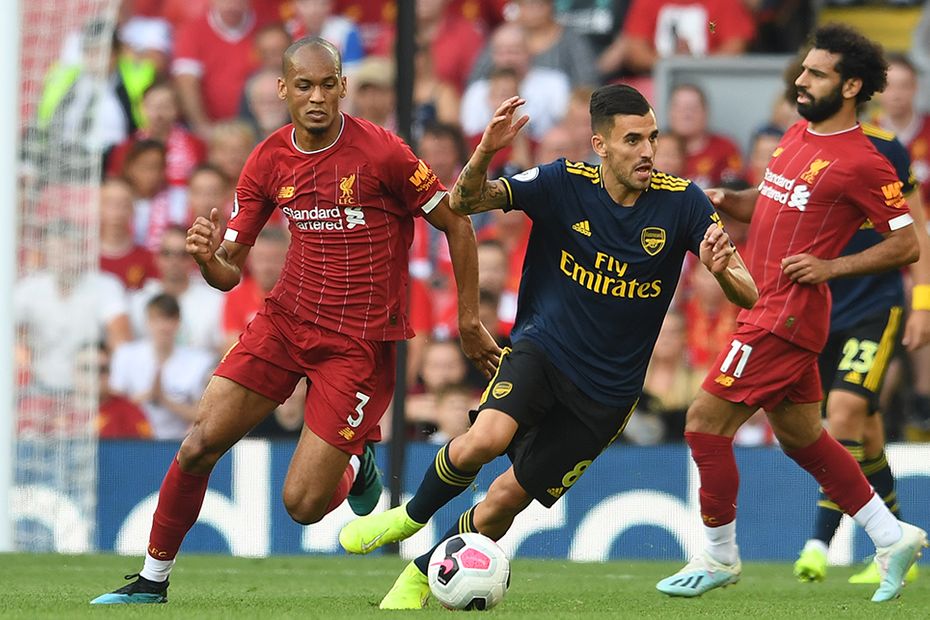 Career-wise and in terms of his role within the Liverpool side, Fabinho is moving forward.

The Brazilian initially took time to adapt to the physical demands of the Premier League after arriving from Monaco in the summer of 2018.

But in the last 18 months he has been consistently outstanding.

But Fabinho’s goals this season have proved he is no ordinary or limited holding midfielder.

Both of his strikes, against Manchester City and Crystal Palace, have been unstoppable, long-range thunderbolts.

In recent weeks the 26-year-old has also conjured up a pair of brilliant assists.

He supplied an inch-perfect pass over the top for Mohamed Salah against Palace, and last time out against Burnley it was Fabinho’s sublime aerial pass that set up Andrew Robertson’s headed goal.

It should be noted that Fabinho scored 22 league goals in his final three seasons with Monaco.

The fact he was the French side's main penalty-taker shows he is a trusted finisher and has the technique to find the back of the net more regularly.

As his confidence continues to grow in a Liverpool shirt, it is likely he will step forward and spend more time inside the opposition half.

Do not be surprised if his tallies for goals and assists rise again in 2020/21.

If Arsenal head coach Mikel Arteta persists with his 3-4-3 formation, Liverpool will seek to capitalise on their numerical advantage in central midfield on Wednesday night.

And with captain Henderson out injured, Fabinho is likely to be the Reds’ main man in the middle. He is perfectly capable of dictating the match at Emirates Stadium.

But Fabinho will be facing one of Arsenal’s in-form players, Dani Ceballos, who has blossomed since the season resumed in June.

The Spaniard’s displays alongside Granit Xhaka have given the Gunners more stability in midfield than at any other stage of the campaign.

Ceballos has improved his off-the-ball work, regaining possession and making interceptions even more frequently than Fabinho since the restart.

It will, however, be a tall order for him to dominate a player of Fabinho’s quality in north London.

Klopp’s central midfield dictator has oozed class in 2019/20, and is only getting better.