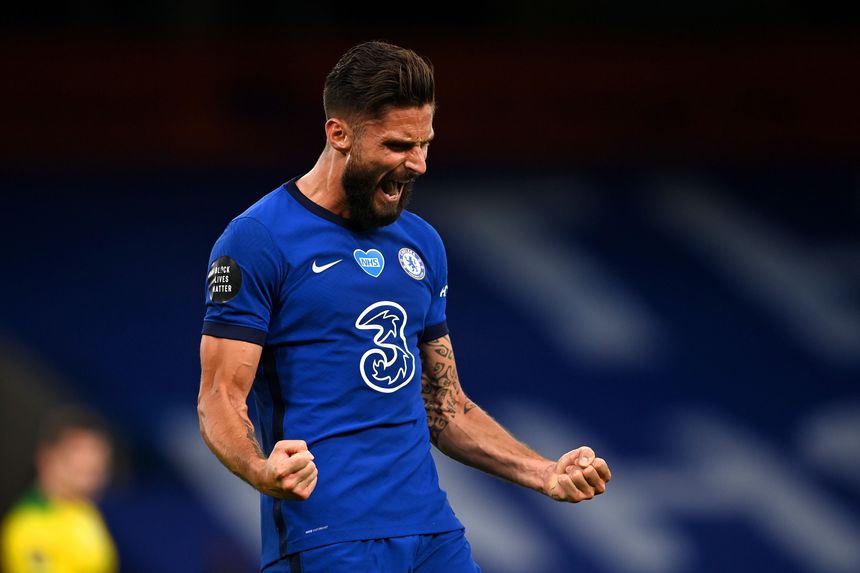 The French forward was denied by Tim Krul before the Norwich goalkeeper tipped Christian Pulisic's ferocious strike over via the crossbar, as the visitors defended resolutely.

But in first-half stoppage time Giroud shook off his marker, Timm Klose, and sent a powerful header beyond Krul from Pulisic's cross.

After the break, Krul saved from Marcos Alonso and Willian as Chelsea were denied a second goal.

With 63 points, the Blues are in third position and four ahead of nearest rivals Leicester and Manchester United, who are in fifth.