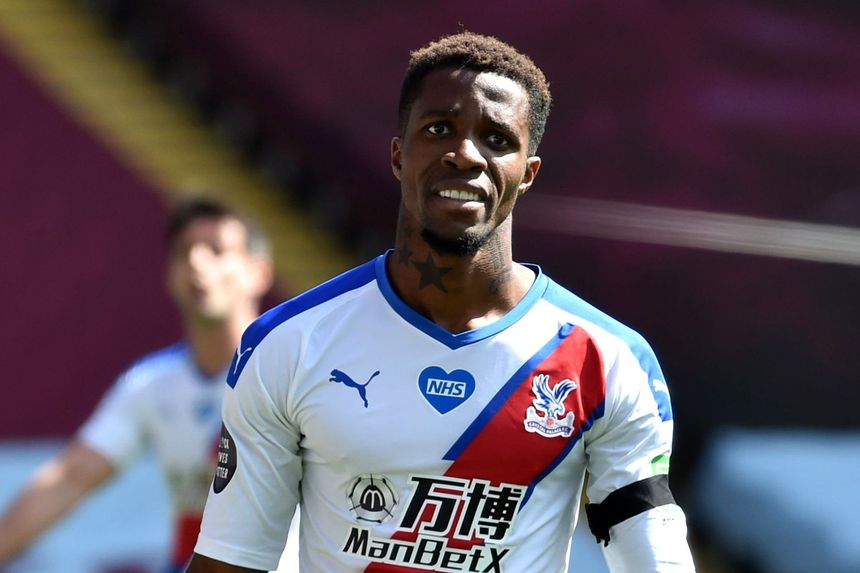 Hodgson on racist abuse of Zaha: "it is right that Wilf made people aware" External Link
No Room For Racism External Link

The Premier League has condemned the discriminatory abuse that has been sent to Wilfried Zaha.

The Crystal Palace winger shared via Twitter this morning racist abuse that had been sent to him online.

"We will continue to support players, managers, coaches and their family members who receive serious discriminatory online abuse.

"Through our dedicated reporting system we can take immediate action on cases like this."

This behaviour is completely unacceptable and the Premier League stands alongside @wilfriedzaha in opposing this, and discrimination in any form

The reporting system was launched last month by the Premier League for players, managers, coaches and their family members who receive this sort of serious discriminatory online abuse.

The central rapid response reporting system enables players, managers and coaches to notify the Premier League of abuse like that received by Zaha.

"Online discriminatory abuse is unacceptable in any walk of life and tackling this issue must be a priority," Premier League Chief Executive Richard Masters said when the reporting system was launched.

"The Premier League will not tolerate discriminatory behaviour in any form and we, alongside The FA, EFL, PFA and LMA will continue to challenge major social media companies that fail to do enough to block offensive discriminatory material and identify and ban offenders from their platforms.

"The Premier League and its clubs will also continue to work with the police, Crown Prosecution Service and Kick It Out to identify and ban offenders from Premier League grounds."

Palace manager Roy Hodgson joined the condemnation of the abuse of Zaha.

"It is very saddening on the day of a game that a player wakes up to this cowardly and despicable abuse,” Hodgson said.

"It is right that Wilf made people aware of it; I don’t think it is something he should keep quiet about.

"I think it is very good that our club, Aston Villa and the Premier League are doing everything they can to find out who this despicable individual is and one can only hope that they will get identified and they will get called to account and they will pay for these actions.

"There is literally no excuse; there is no excuse at all."