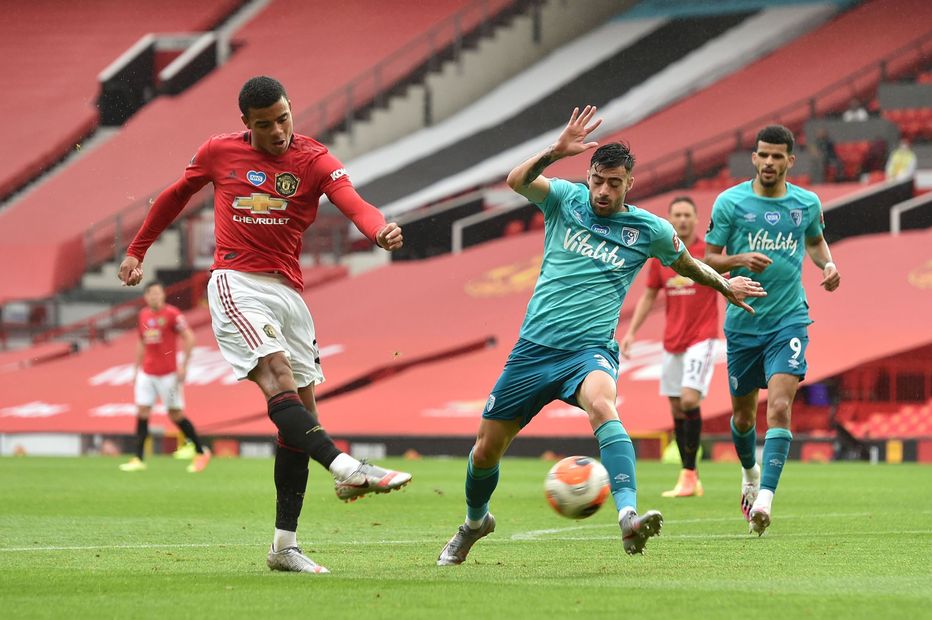 Team news update for United v Southampton External Link
Fernandes: It's easy when you have our attacking players

Mason Greenwood’s emergence has had a big impact on Manchester United’s firepower up front.

The 18-year-old is producing chances for himself as well as his team-mates and offers a fresh, match-winning option for Ole Gunnar Solskjaer.

Able to strike the ball as cleanly with his left or right foot, Greenwood is also incredibly hard for defenders to contain.

But how much difference has Greenwood made to United?

Well, they have scored one Premier League goal every 33.3 minutes with the teenager on the field this season. Without him they have found the back of the net once every 71 minutes.

So it is no surprise he is enjoying an extended run in Solskjaer’s starting XI.

Southampton’s trip to Old Trafford will pit two of the league's most lethal finishers on opposite sides.

Danny Ings, who has 19 goals in 2019/20, boasts the second-best chance-conversion rate among the top flight’s leading strikers, just behind Jamie Vardy.

Greenwood, who has nine goals in less than 1,000 minutes, is statistically the next in line with a near identical ratio to Ings.

Featuring mainly as an impact substitute or a right-sided forward, Greenwood's scoring rate is quite incredible for a player who won’t turn 19 until October.

Only Sergio Aguero has scored his goals this season at a faster rate.

If he is used more often as a centre-forward, Greenwood may become known as a predator in the six-yard box but only one of his nine PL goals has been from close range.

The remaining eight have been scored from between 13 and 20 metres from goal.

It is the precision, power and disguise of his finishing from medium range, with both feet, that makes him so unique.

The best from distance

When Greenwood receives the ball anywhere within shooting range on Monday, Southampton must ensure he is not allowed the freedom to shoot unchallenged.

Aston Villa and AFC Bournemouth both made the mistake of giving him the time to shoot.

Greenwood is excellent at shifting the ball out of his feet and surging into a pocket of space from where he can strike the ball, so Ralph Hasenhuttl’s defenders should seek to double up on him whenever they can.

He is already a master at finding the corner of the net from the edge of the area.

Open-play goals from outside the box

In general play no one in the Premier League can match the four goals Greenwood has scored from outside the box in 2019/20.

Featuring for considerably fewer minutes than the competition’s other long-range specialists he is by far the most dangerous when shooting from distance.

In an exciting end to the campaign for United fans, the speed of Greenwood’s development is truly intoxicating. His talent is special.