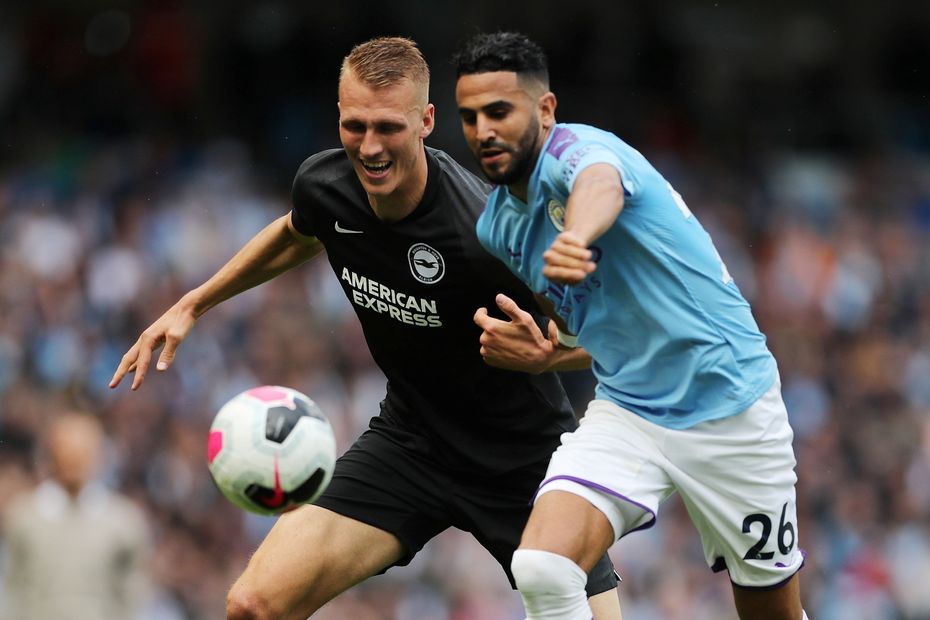 Brighton & Hove Albion will look to bounce back from their midweek defeat to Liverpool and move 11 points clear of the relegation zone.

Second-placed Manchester City are aiming end a run of three consecutive away defeats.

Jose Izquierdo (knee) remains a long-term absentee for the Seagulls.

Sergio Aguero (knee) is unavailable and Benjamin Mendy is a doubt for Man City having missed the last two matches with muscular issues.

Brighton have lost all five of their Premier League meetings with Man City, conceding 15 goals and scoring just twice.

Seagulls midfielder Leandro Trossard has scored in back-to-back Premier League matches, having netted in just two of his previous 25 in the competition.

Since winning 6-1 at Aston Villa in January, City have scored just three goals in their last six league encounters on the road.

City midfielder Kevin De Bruyne is just two assists away from becoming only the second player in Premier League history to record 20 in a single season, after Thierry Henry in 2002/03. The Belgian is also on 98 goal involvements in the competition, with 34 goals and 64 assists.