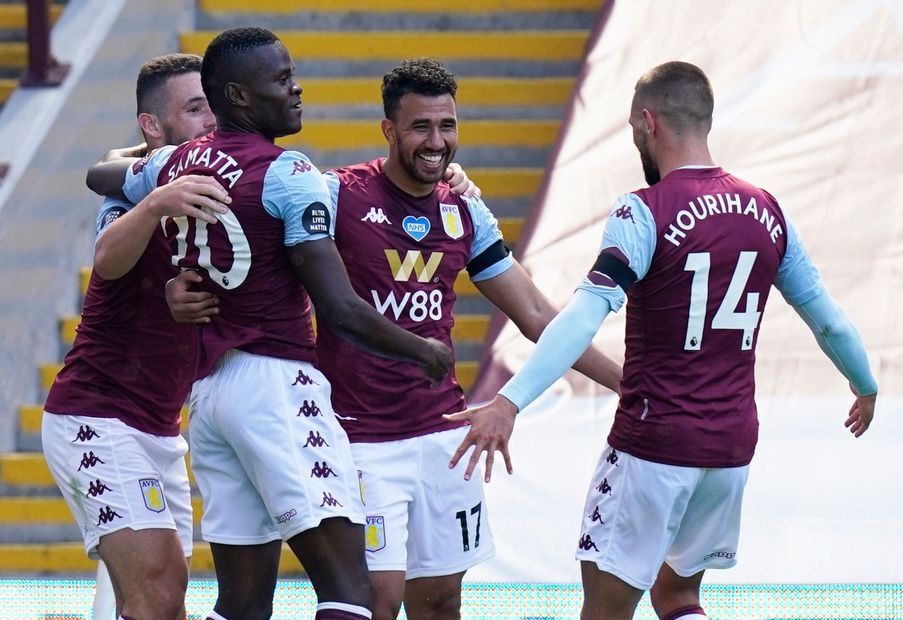 Trezeguet scored twice to move Aston Villa within four points of safety as they beat Crystal Palace 2-0 at Villa Park.

Mamadou Sakho thought he had given Palace a seventh-minute lead, but his goal was overturned for handball after consultation with the Video Assistant Referee.

Jack Grealish forced Vicente Guaita into a low save before Trezeguet broke the deadlock, finishing Conor Hourihane's free-kick at the back post in first-half stoppage time.

Ezri Konsa's effort was blocked on the line less than a minute before Trezeguet scored his second, controlling the ball and sliding it under Guaita in the 59th minute.

Palace's Patrick van Aanholt was thwarted by Pepe Reina and Christian Benteke, who was sent off after the final whistle for an off-the-ball incident, headed over as Villa held firm for their first win in 10 matches.