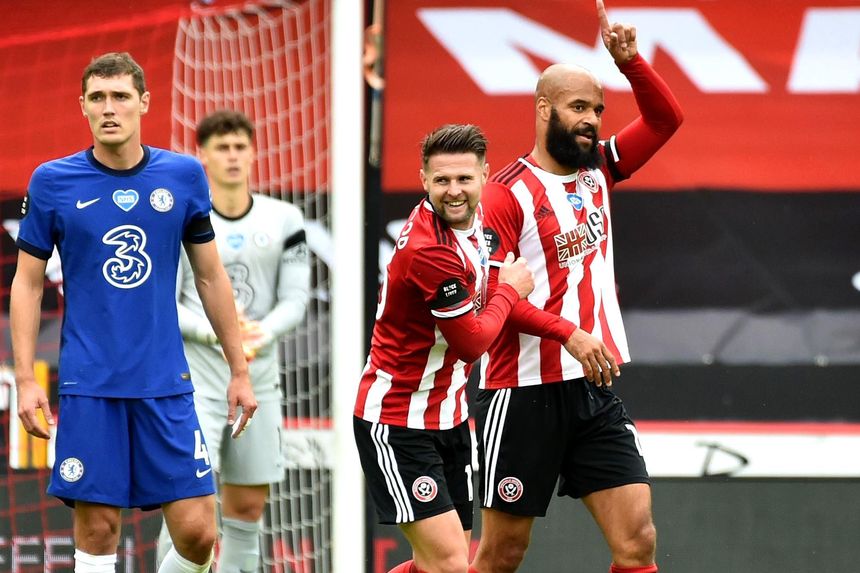 McGoldrick opened his account on 18 minutes when he turned in Kepa Arrizabalaga's parry from Oli McBurnie's initial shot.

McBurnie doubled the Blades' lead in the 33rd minute, heading in Enda Stevens' cross from the left for his sixth goal of the season.

Chelsea stepped up their response in the second half with Olivier Giroud shooting wide moments after coming on as a substitute.

But McGoldrick made the match safe with his second goal late on, finishing another rebound after substitute Antonio Rudiger failed to clear his lines.

Sheffield Utd's fourth successive home win moves them up to sixth, with 54 points.

Chelsea stay third, one point ahead of Leicester City, and could drop out of the top four should the Foxes and Manchester United win their matches in hand.