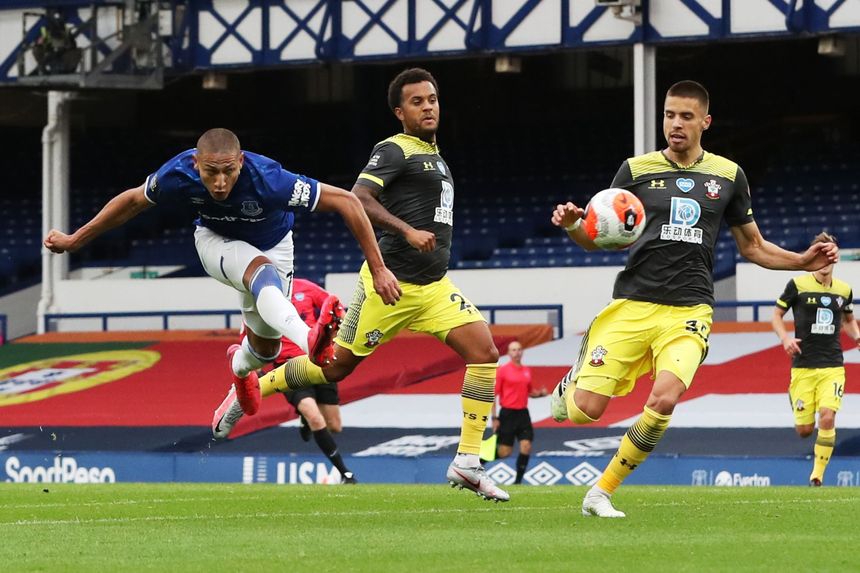 Richarlison's fine equaliser secured a 1-1 draw for Everton and kept them above their visitors Southampton.

Saints missed a big chance to take the lead in the 27th minute when James Ward-Prowse hit the crossbar with a penalty after being fouled by Andre Gomes.

Ings now has 19 Premier League goals, putting him one behind Pierre-Emerick Aubameyang and three behind Jamie Vardy in the race for the Golden Boot.

Everton hit back just before the break, with Richarlison latching on to Lucas Digne's long ball and finishing clinically.

After half-time, Ward-Prowse blasted over following a huge scramble close to Everton's goal, but neither side could find a winner.