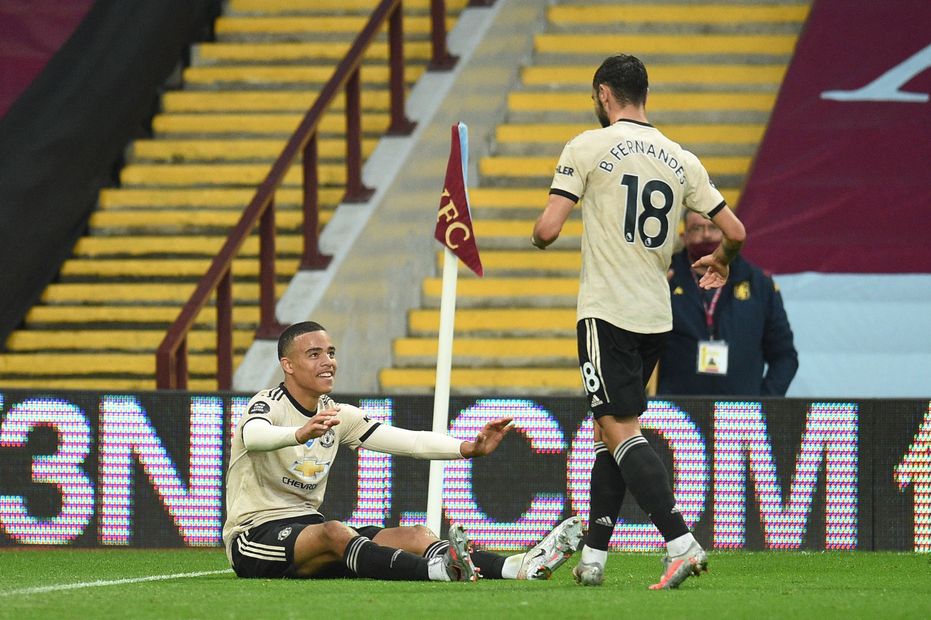 After successive double-figure hauls, budget striker Greenwood was the No 1 pick for FPL managers in the transfer market, with 485,000+ bringing him into their squads ahead of the midweek round of fixtures.

The 18-year-old duly delivered again, scoring his fourth goal in three matches and picking up a bonus point to return seven points in total.

Fernandes was the second-most popular new addition and he fared even better at Villa Park, getting a goal, an assist and the maximum bonus to rack up 14 points, his third successive double-figure haul.

It completed a hat-trick of returns for the top three signings, after Willian (£7.3m) recorded his third double-digit haul in four Gameweeks.

GW34+ most transfers in

Fernandes' 14-point return was also great news for the 684,000+ managers who chose him as their captain, making him the third-most popular pick in Gameweek 34+.

While he was unable to match the 18-point return achieved by Mohamed Salah (£12.5m) at Brighton & Hove Albion on Wednesday, the Portuguese midfielder got twice as many points as the No 1 pick Kevin De Bruyne (£10.8m).

The Belgian could only manage an assist and seven points against Newcastle United.

Fernandes' return relative to De Bruyne's was particularly important for the elite managers sitting in the top 100 places of the world ranking.

Seventeen per cent of them backed Fernandes, compared to the 72 per cent who trusted De Bruyne with their armband.

The Man Utd playmaker also beat the 10-point tally achieved by Raheem Sterling (£11.7m), who was a differential pick among the best-performing managers.

Lundstram was an unused substitute in Sheffield United's 1-0 win over Wolverhampton Wanderers, while Cantwell missed Norwich City's 2-1 defeat at Watford.

Raul Jimenez (£8.2m) also finds himself out of favour, and he blanked for the third Gameweek in succession at Bramall Lane.