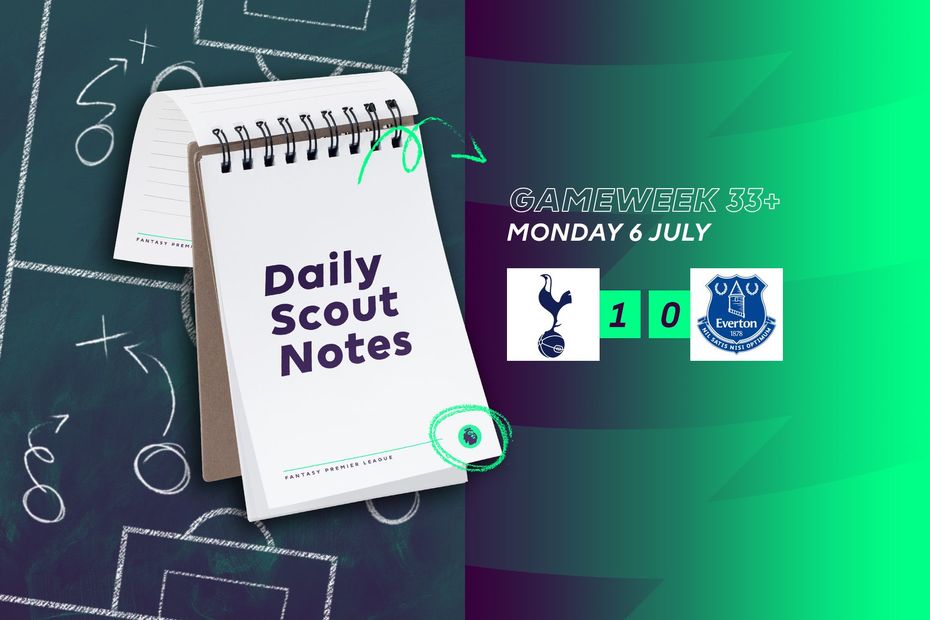 The Ivorian has rewarded the 7.3 per cent of managers who own him with a clean sheet or assist in three of Spurs' four matches since the season resumed. He has earned 20 points in that time.

Up front, Harry Kane (£11.0m) disappointed the 308,697 who handed him the captaincy by recording his first blank in three Gameweeks.

But those managers should keep faith as Kane now visits an AFC Bournemouth side who have conceded nine goals in their last two matches.

Everton, meanwhile, now have the schedule to bounce back from their defeat.

Lucas Digne (£5.7m) is their standout pick at the back. The Frenchman has two assists and two clean sheets since the restart.

However, managers should monitor the fitness of centre-back Mason Holgate (£4.4m) as a budget pick after he was forced off with a knock.

In attack, Richarlison (£8.2m) and Dominic Calvert-Lewin (£6.4m) could also prove handy differentials if they can rediscover their form.

Also in this GW33+ series