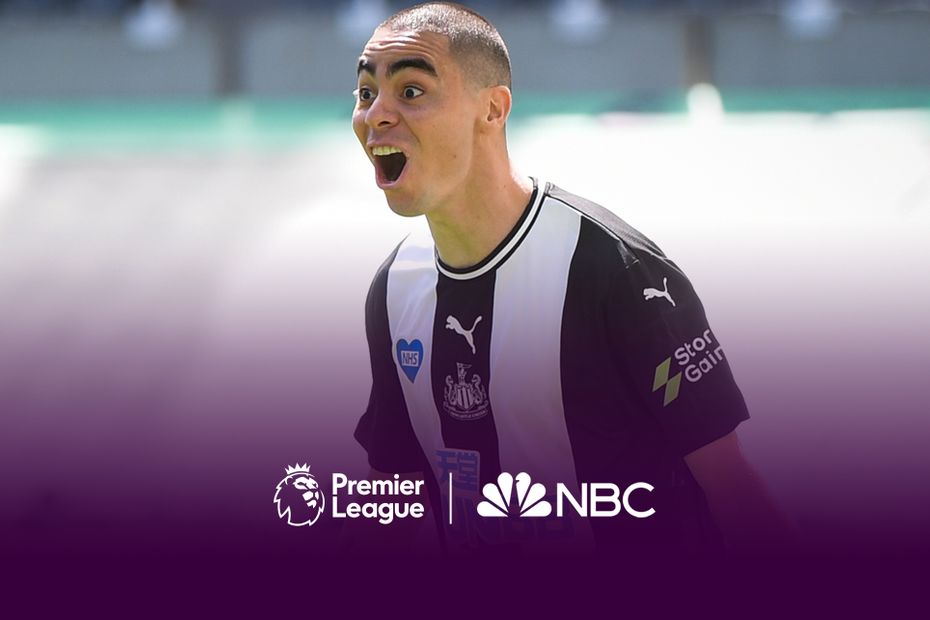 Match officials for Matchweek 34
Fine margins in the battle for safety
GW34+ Ones to watch: Foden to extend home run

After an exciting Fourth of July weekend filled with Premier League action it all starts right back up again with another round of matches.

Matchweek 34 promises to have big implications in the battle to secure top four, the race to avoid relegation and the Golden Boot competition.

An in-form Christian Pulisic will look to help Chelsea strengthen their hold on fourth place or even move up to third place when the Blues face Crystal Palace to kick things off on Tuesday.

Meanwhile, the league's top two scorers will face off when Arsenal host Leicester City, and Manchester United will head to Aston Villa in a match that could shake up the relegation fight.

Here's how you can watch all the action unfold!

After bouncing back with a win against Watford in MW33, Chelsea and their in-form American Christian Pulisic will head to south London to face Crystal Palace and try to further ensure their spot in the UEFA Champions League next year. The Blues are two points clear of Manchester United in fifth, and just one point back of third-placed Leicester.

Watford have been able to stay out of the relegation zone since the resumption of the season, but only by a single point. Norwich City are in need of a result to close the gap between themselves in 20th and their hosts, who are three places and seven points better off with five matches left.

The two top scorers in the league will face off when Arsenal host Leicester on Tuesday. Foxes striker Jamie Vardy maintains a two-goal lead over Pierre-Emerick Aubameyang in the Golden Boot race, so be sure to tune in to see how that race unfolds!

Miguel Almiron added a fourth goal to his season's tally in MW33 and is fast becoming one of Newcastle United's most important players. Can he lead the Magpies to victory on Wednesday against a Manchester City team who beat champions Liverpool 4-0 last week only to succumb to Southampton?

Sheffield United kept Tottenham Hotspur scoreless in MW33, and they will look to do likewise when they face Wolverhampton Wanderers. A win will bring them to within a point of Wolves but they face a stern challenge in keeping quiet Mexican star Raul Jimenez, who has scored the seventh-most goals in the league this season.

In a battle of the claret and blues, West Ham host Burnley on Wednesday after the Irons secured back-to-back positive results in their mission to avoid relegation. Burnley, meanwhile, are quietly climbing the table. They are in 10th place, two points back of eighth, and have won their last two matches.

The champions secured their first victory after clinching the title when they dispatched Aston Villa on Sunday. Brighton & Hove Albion have earned seven points since the resumption of play, which has created a nine-point buffer between themselves and the relegation zone, but a result against Liverpool on Wednesday would be a major step towards securing their Premier League status.

Where to Watch: Watch on NBC or Stream on NBC Sports

The first match of the day on Thursday has big implications in the relegation battle. AFC Bournemouth, who lie in 19th yet are still only one point away from safety, face an eighth-placed Spurs side struggling to put a string of results together. Can the Cherries capitalize and avoid the drop?

Everton host Southampton hoping to bounce back to defeat by Spurs on Monday but can be encouraged by having taken four points off two of the top three in the table in recent matches. The Saints will look to use their defeat of Man City last time out as a springboard to climb higher up the table.

This summer Matchweek comes to a close when Man Utd head to Aston Villa for a contest that could change the landscape of the top-four race and the relegation battle. The Red Devils are only two points behind fourth-placed Chelsea, while Aston Villa are one point away from safety in the fight to avoid relegation. Villa came close to a result against Liverpool in MW33, but faltered late on. Can they pull off an upset this week?