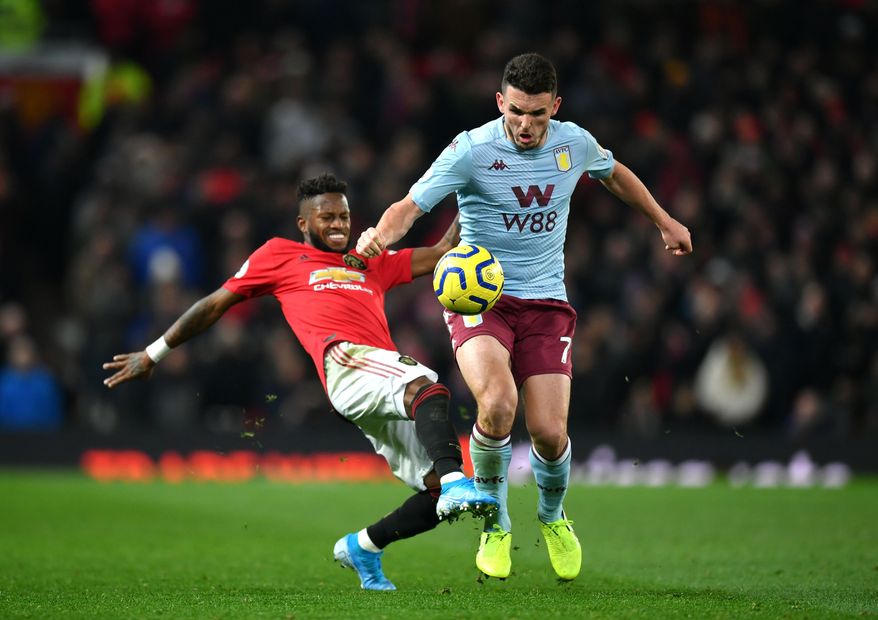 A first win for Aston Villa over Manchester United since 2009 would end a run of nine matches without a victory and boost their chances of safety.

Ole Gunnar Solskjaer's men can extend their unbeaten run in all competitions to 17 matches as they push for a top-four finish.

Tom Heaton, Matt Targett and Wesley are ruled out for the hosts, while Bjorn Engels is a doubt with an Achilles problem.

Victor Lindelof (back) is a doubt, while Axel Tuanzebe and Phil Jones are sidelined.

Aston Villa have won just one of their last 42 Premier League meetings with Man Utd, a 1-0 victory at Old Trafford in December 2009.

Dean Smith's side have picked up just two points in their last nine Premier League matches.

Man Utd are unbeaten in nine Premier League matches, winning six and drawing three. It is the longest current run in the competition.

With another goal or assist, Bruno Fernandes would become only the sixth player to achieve 12 goal involvements in his first 10 Premier League matches, after Mick Quinn (13), Alan Shearer, Kevin Phillips, Sergio Aguero and Papiss Cisse (all 12).