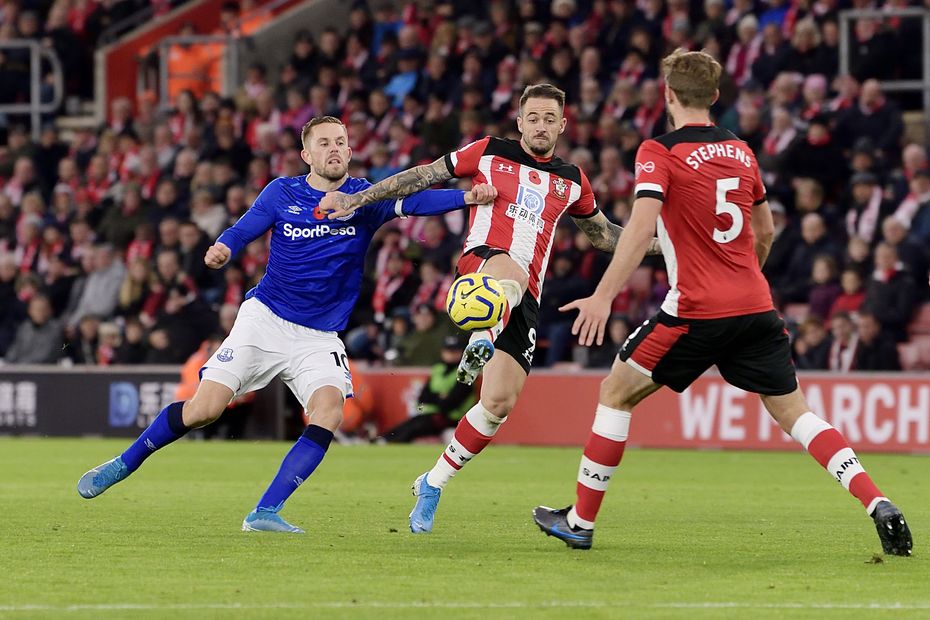 Djenepo ruled out of Everton trip External Link
On this day: Everton 7-1 Southampton

Everton suffered their first defeat in four matches when they lost 1-0 to Tottenham Hotspur last time out, but a victory would boost their hopes of a top-half finish.

Southampton are aiming for a third successive win, which would take them above their hosts in the table.

Everton have doubts over defender Mason Holgate and midfielder Alex Iwobi after both picked up knocks against Spurs.

Southampton's Pierre-Emile Hojbjerg (ankle) is hoping to return after missing the last two matches, but Jannik Verstergaard (muscular), Moussa Djenepo (calf), Sofiane Boufal (thigh) and Yan Valery are all out.

Everton can achieve a league double over Southampton for the first time since 2001/02, having won 2-1 win at St Mary’s Stadium earlier this season.

Toffees midielder Gylfi Sigurdsson has scored five Premier League goals against Southampton, the most he has netted against any side in the competition.

Southampton’s Danny Ings has scored in four different Premier League matches against Everton but has not been on the winning side in any of them.

Saints are looking for their first win at Goodison Park in 15 attempts, having last triumphed there in November 1997.