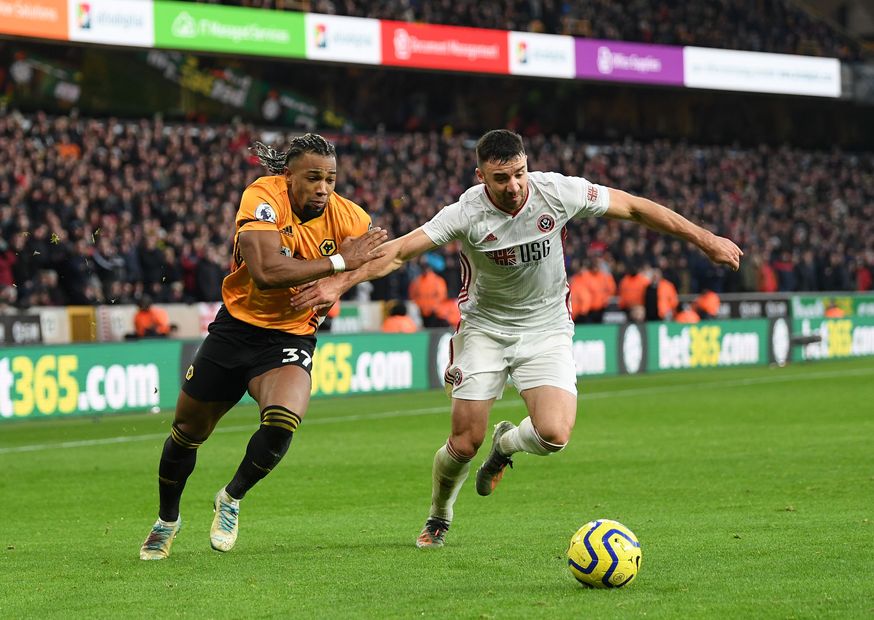 Nuno on Neto's injury, Podence's return and bouncing back External Link
Wednesday preview: All you need to know

A home win would take Sheffield United above Tottenham Hotspur and Arsenal into seventh place, one point behind their visitors.

A victory for Wolverhampton Wanderers would leave them level on points with fifth-placed Manchester United.

John Fleck, John Lundstram and Luke Freeman are likely to remain sidelined for the Blades.

Wolves could be without Pedro Neto (knock) but Daniel Podence is available again after self-isolating following a trip home to Portugal.

Sheff Utd are aiming for three consecutive home wins in the Premier League for the first time since August 1993.

The Blades have given 22,740 minutes to British players in the Premier League this season, only Burnley have given more with 25,615 minutes.

Conor Coady has played the full 90 minutes in all 71 Premier League fixtures for Wolves since the start of last season. This is the longest run by an outfield player since Cesar Azpilicueta did so in 74 consecutive matches for Chelsea between 2015 and 2017.