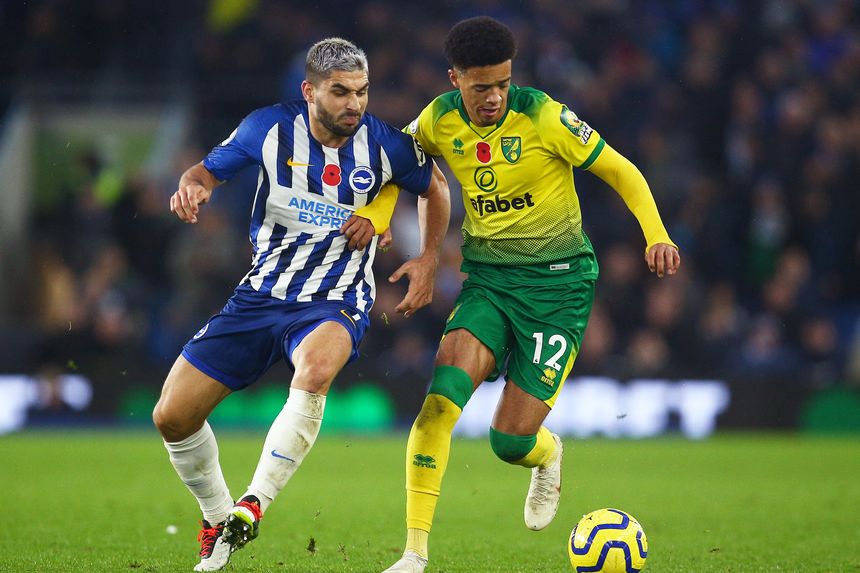 Team News: Leitner ruled out for rest of the season External Link

A first win in five matches would put bottom side Norwich City within four points of Watford in 17th.

Brighton & Hove Albion are 15th and will move nine points clear of the bottom three if they can pick up just their third away victory of the season.

Timm Klose is available for Norwich after serving a one-match ban. Moritz Leitner (hernia) is out for the rest of the season while Sam Byram (hamstring) and Christoph Zimmermann (back) remain sidelined.

Brighton will make a late decision on Adam Webster (hamstring), but Davy Propper (calf) is set to be available.

Jose Izquierdo remains out for the Seagulls.

Following a six-match unbeaten league run against Brighton (W5), Norwich have lost two of their last three against the Seagulls (W1).

Norwich have failed to score in 15 Premier League matches this season, more than any other side.

After a 2-0 win in November, Brighton are seeking their first league double over Norwich since 1951/52.

Brighton have drawn their last four Premier League away matches.