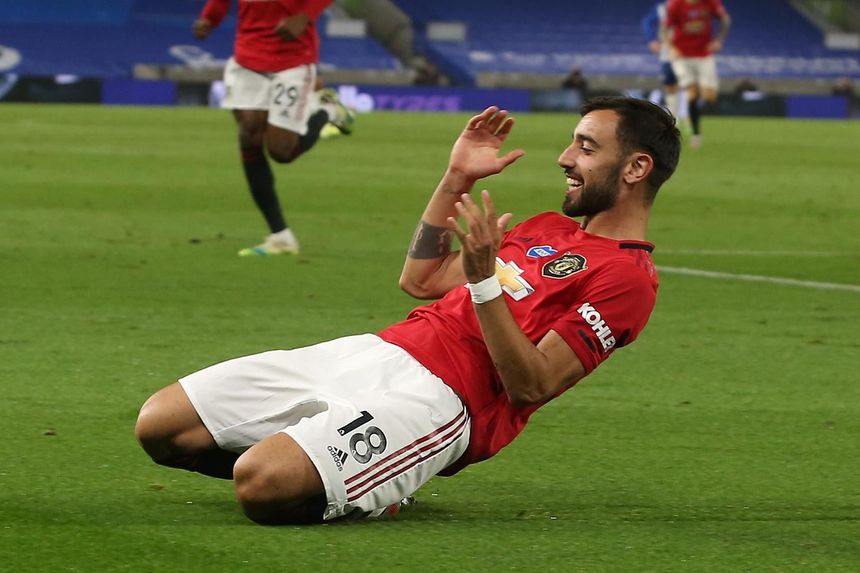 Bruno Fernandes has taken the Premier League by storm and after two more goals against Brighton & Hove Albion on Tuesday, he came close to matching a record of one of Manchester United's greatest-ever strikers.

Since his debut for the Red Devils in February, Fernandes has scored six goals and produced four assists in all competitions, the most goal involvements of any player in the top flight.

More specifically to the Premier League, the midfielder has been directly involved in eight goals in his first eight league matches for Man Utd, scoring five and setting up three.

Only Robin van Persie, who fired Man Utd to the 2012/13 title and won the Cadbury Golden Boot in his first season with the club, has managed more goal involvements after as many Premier League matches at the start of his Old Trafford career.

Van Persie reached nine, one more than Fernandes, who plays much deeper than the former centre-forward.

Such is Fernandes' impact that United have yet to lose a match in which he has played.

And while he has rivalled Van Persie, ex-Man Utd midfielder Phil Neville actually believes the 25-year-old is drawing more comparisons with Eric Cantona, who was instrumental in turning United into serial champions after he joined from Leeds United in 1992.

"You know, you talk about the great Manchester United players that have been brought in, Cantona probably had the biggest influence of all time," said Neville. "I still think he's got a long way to go. But at the moment, [Fernandes'] impact is phenomenal."