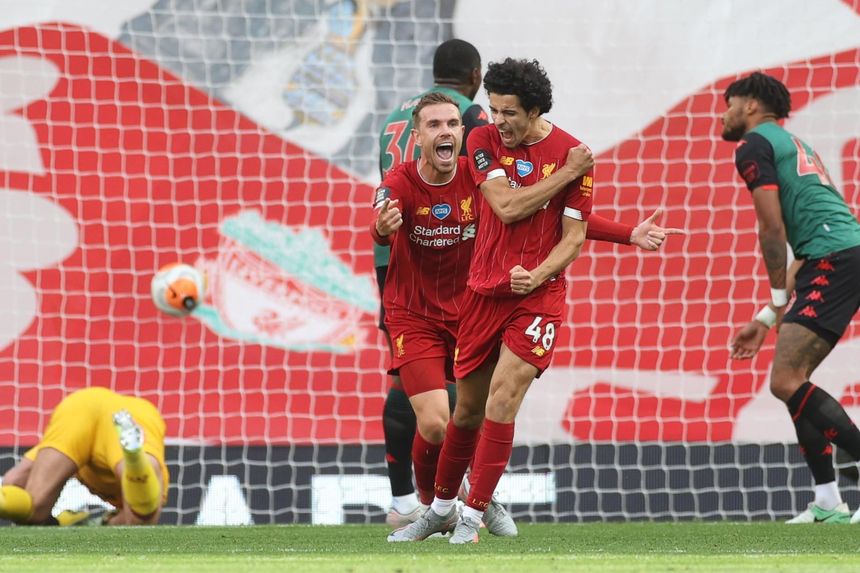 Liverpool were frustrated for long spells by a resolute Villa side with Mohamed Salah's 37th-minute shot, saved by former Red Pepe Reina, their best chance of the first half.

After the break, Anwar El Ghazi's angled drive was kept out by Alisson.

Substitute Jones then celebrated signing a new deal earlier in the week by adding a second in the 89th minute.

Liverpool extend their lead to 23 points over Manchester City.

Aston Villa remain 18th on 27 points, one point behind Watford.